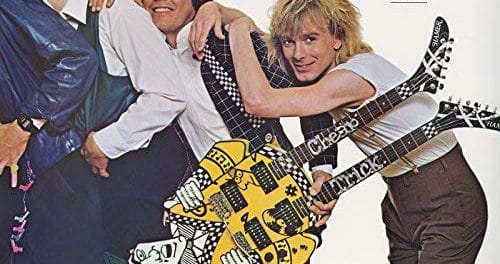 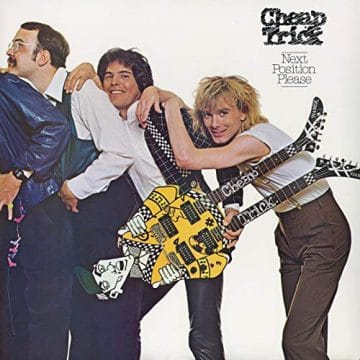 Review:
In the 1982 teen flick Fast Times At Ridgemont High, slick talking ticket scalping slackster Mike Damone tries his best to weave nostalgic magic on a potential ticket buyer by urgently asking her, “Can you honestly tell me you forgot? Forgot the magnetism of Robin Zander or the charisma of Rick Nielsen?”  To which she replies, “That’s kid’s stuff.” Not willing to be so easily shut down, Damone quickly and smartly shoots back with the strongest argument to be made for buying tickets to a Cheap Trick concert: “Kid’s stuff? How about the tunes?…”

Since the beginning of Cheap Trick’s career, it has been about the tunes.  Yeah there was that weird two-sided coin image thing pairing off the good looks of singer Robin Zander and bassist Tom Petersson with quirky guitar / drum twosome Rick Nielsen and Bun E. Carlos but that got old hat pretty quick. Luckily, about the time the gimmick wore off, the songs had already starting digging Cheap Trick a firm spot in rock and roll history as well as popular American culture.

Starting in 1975, the band began cranking out the tunes that years later would inspire a future generation to take up guitars in the name of power pop and give Damone fuel to drive home his sales pitch, “I want YOO to want ME, the Dream Police dadadadadadada, your mamas alright your daddys alright…” Yeah, you get the idea. Punctuating his plea with air drums and guitar, Damone may be trying to sell tickets but he knows it, he feels it, he ROCKS it. It’s not a scam when you’re selling the truth and Cheap Trick has always been quite simply, about good, honest, catchy tunes. Don’t believe Damone or me? Well, don’t take our word for it. Look at the facts. In just over their decade with Epic Records (the band’s first major label home), Cheap Trick released eleven solid albums that all sold well each featuring equally solid singles, many the band still perform live in concert. Songs that to this very day mark Cheap Trick as one of the few bands from my youth that I can catch live over and over and over again. Yeah, even now, you can find me cranking up the old turntable and quite often I “got my old KISS records out” but somewhere along the way, the shine of my youth started to fade watching KISS play live and while there are a few old groups I can soak up after waiting a while between shows, a Cheap Trick show for me is STILL that old vibe every time.  That communal rock and roll gathering where you feel like anything is still possible anywhere in the venue. Whether it’s outside for a summer day rock show filled with beach balls, babes, and beer, or an intimate event filled simply with stories and songs, Cheap Trick are somehow forever.

As a fan since their debut popped out in 1977, every Cheap Trick concert is like sliding Live At Budokan on the turntable again and again. When the band performed “Voices” for me on my birthday in my hometown a few years back, it left me motionless and in tears. Yeah, Cheap Trick are one of THOSE bands for me — to kinda rip off Dick Clark, a huge part of the “soundtrack of my life” and a huge part of the soundtrack of the ’80s and ’90s having influenced half the rockers who made their start in the early ’80s Sunset Strip scene including members of Mötley Crūe and Ratt as well as later hair hating alternative bands like Nirvana, the Melvins and Stone Temple Pilots. Not bad for a little pop band out of Rockford, Illinois that reportedly got their start playing every warehouse, bowling alley, laundromat, and K-Mart they would allow them to, huh? OK, maybe I just kinda tossed in the laundromat and K-Mart but seriously, I wouldn’t be surprised if they did. But once they traded in some dude name Xeno for Zander, it only took them about a year to clean up and sign with Epic.

In the first couple years of Cheap Trick’s recording career. the band grew steady releasing a trio of solid yet mildly produced albums which possibly explains why the sonic blast of Live At Budokan blew growing fans away. For all their great songs, Cheap Trick, In Color, and Heaven Tonight lacked punch (much like KISS’ first three albums) but after the success of their live album pushed them into mainstream popularity (also similar to how KISS broke to the next level), the following records Dream Police and All Shook Up plowed into the music world presenting the great songs of Cheap Trick with equally great production. With a blistering workload of five studio albums as well as a hit double live record and cool EP in a mere five years while touring all over the world, the band hit the ’80s as one of America’s biggest groups allowing them a nearly two-year break before releasing another hit album, 1982’s One On One, their first without Petersson. But the band wouldn’t wait as long for their next.

Released on August 15, 1983, Cheap Trick’s seventh studio album Next Position Please pretty much continues the power pop simple rock direction of previous release One On One while as always giving nods to the band’s musical past including the album’s title going all the way back to a tune demoed for the Dream Police album. Tabbing Todd Rundgren, a singer / songwriter as well as producer of albums by such artists as Badfinger, Hall & Oates, Meat Loaf and Shaun Cassidy to produce, Cheap Trick set themselves up to release a more polished, sugary type of record compared to the last three but surprisingly the results worked. Despite being the first Cheap Trick album not to shoot to gold or platinum, Next Position Please is a power pop platter filled with great hooks, choruses and tons of all the stuff Cheap Trick fans loved including choice guitar, great beats, and the sweet vocals of Zander. Why the album fell short of even gold still remains a mystery for many fans and that level of album success would evade the group until Petersson’s return in 1988 for smash record Lap Of Luxury.

Starting things off with eventual second single “I Can’t Take It”, the group’s return to the catchy power pop of its early releases found them once again as a band ahead of the curve pitching out a sound predating (and possibly influencing) similar sounding mid-’80s hit bands like The Outfield and Mr. Mister while still maintaining the classic Cheap Trick sound. While overall, Next Position Please may not be in the same league as earlier classic releases like Dream Police and All Shook Up, in “I Can’t Take It”, the band once again had a track as good and classic as any Cheap Trick track before it making it a live favorite for years to come far exceeding kickoff single “Dancing the Night Away” — a cover track pressed on the band by Epic. Obviously, Cheap Trick were far better at picking their tunes than the suits and based on catchy rock tunes that grabbed the top ten in the next couple of years, also good at knowing which end of their spectrum would best suit the times as “I Can’t Take It” and other tracks like “Younger Girls” and “Heaven’s Falling” on Next Position Please not only take the band back to a sound closer to its second release In Color than they had explored in years, but a sound that would pop up in many hit bands in future years. But just because they got a little sweet doesn’t mean they left behind their edgy rock side completely.

“Borderline” is not far removed from previous tracks like “Baby Loves to Rock” off of 1980 album All Shook Up and One On One single “She’s Tight” while cassette / CD only bonus track “You Talk too Much” could have fit in perfectly on All Shook Up or Dream Police. The title track veers between Cheap Trick‘s various sides flirting with pop, punk, new wave, and rock and then there’s the odd side of Cheap Trick in tunes like “Don’t Make Our Love A Crime” and “3-D” that sound only like Cheap Trick can and more than likely only dug in a way a true Cheap Trick fan can.

So yeah, Next Position Please may not be Cheap Trick at their best and in many ways may be more scattered musically than the average rock fan, pop fan, or even Cheap Trick fan can handle but it’s still unmistakably Cheap Trick and part of a forty year catalog of studio releases far more consistent quality and song-wise than most of their contemporaries that have been around just as long.  The album has an important place in the evolution of Cheap Trick and is a part of the reason why the band can still please audiences and themselves night in and night out on stages around the world. While artists they have influenced have either been relegated to club stages or coffins, Cheap Trick keep plugging along year after year live and in the studio never choosing to just rest on their legacy but instead to always put a checkered finger in the face of music as if to say…