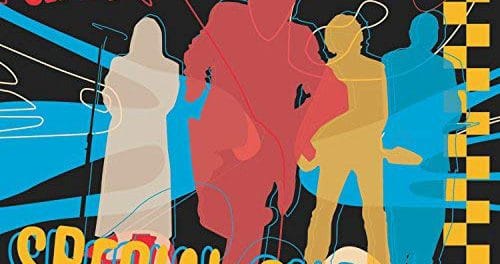 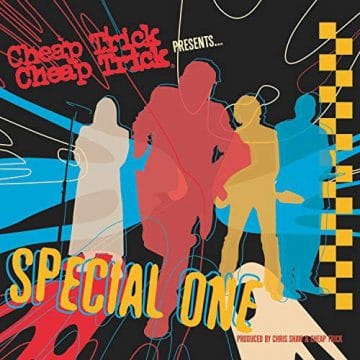 Review:
Cheap Trick are a band that does things their way. They tour throughout the year, playing as headliners as well as opening for other acts. I have seen the band several times through the years, and if you have not seen them live, you must see them. They are a band that experiments and stretches themselves artistically, from their touring set list to recordings, when other bands have decided not to even release CDs anymore.

After a six-year break and bad dealings with the record labels for 1994’s Woke Up With A Monster and 1997’s self titled Cheap Trick releases, the band released Special One via their own label, Cheap Trick Unlimited, along with Big3 Records. The album is a mixed result, but fans will find something to enjoy about the CD.

The opening track, the lead off single “The Scent of A Woman” is a nice rocker that has the throwback to the band’s earlier work, while still being updated for the 2000s. Singer Robin Zander has a Robert Plant like feel on the song, which also contains no guitar solos. This is a rocking opener, after Zander starts off the song with just his voice and a guitar. This song has been one considered of the best songs they have put out since the 1970s. I remember it sounded great live when I saw them on the tour for the album. The second song “Too Much” is a favorite song of mine on this album. After rocking it out on the opening song, this song has a mid tempo feel, and could have been put on any of the band’s 1980s collections. This is my second favorite song off the whole album, with an acoustic guitar sound in the background. “Too Much” is a nice pop song that should have gotten more radio play.

“Special One” is a dark song during the beginning, with a mystical/psychedelic feel to it. Drummer Bun E. Carlos seems somewhat missing until around the third verse, just playing a beat that seems to be summoning the Gods in a chant-like vibe, until he kicks in with the full drum set. The listener can hear the influence The Beatles had on the band during this song, especially the later years of The Fab Four. After the first two songs being somewhat radio friendly, the listener gets sent into a darker mood pretty quickly with the placing of this song. Track four, which is titled “Pop Drone,” is almost five minutes long, and is another darker song. This song, however, starts off slow, with the vocals overlapping each other at times during the chorus, and then combines into a cluttered solo section. Zander‘s vocals are nice on the track, proving he is one of the most underrated singers in rock music. This, musically, has that Beatles influence on it, and after multiple listens, the song will grow on the listener.

“My Obsession” is one of the hidden songs on the album, even though it was released as a single for radio in the US. The song is less than four minutes long, which is perfect for a radio friendly release. The vocal melodies throughout the song are there, and Bun E‘s drumming is nice on it. The song has a rock/country type feel to it, similar to what Dwight Yoakam has done in the last few years. Of note, Yoakam has covered Cheap Trick songs in the past. This is one of the better songs off of the album, with all the members clicking. This is a solid song.

Track six is my favorite song off the album.”Words” is the song I think of when I think of this album. Zander‘s vocals are not screaming or loud, like on some of the other tracks, and the song has a nice mid-tempo to it. His voice is pleasant. Rick Nielsen‘s guitar playing, at first, is in a complimentary role in the background, until the break where it becomes more upfront in the mix. This song has a nice radio airplay feel to it. I have often hummed this song after playing it, due to the catchy melody. The next song “Sorry Boy” sounds like the band had good music written, but didn’t know what to do with the lyrics when they got in the studio. The chorus only repeats “Sorry Boy.” When the listener thinks the song is over, it kicks back in. The music has good guitar riffs, but the lyrics ruin it for me, which doesn’t seem to fit during the verses. The song, to me, sounds like something the band Garbage would have written in 2005 rather than being a Cheap Trick song. I am taking nothing away from Garbage, because I love Shirley Manson‘s work. It has an angry tone to the song. This song is a few years late in timing.

“Best Friend” is a slow, grungy song, with Zander‘s vocals at the low range, then builds up throughout the song. The lyrics are weak, with the line “This Baby’s no Baby Ruth” and keeps saying “Leave me alone ’cause I’m my best friend.” Although bass player Tom Petersson‘s work is enjoyable on the song, overall it is messy and made me feel like the band ran out of ideas halfway through the recording session, much like the previous song. Track nine is a funky song called “If I Could.” It starts off with what seems to be drum programming, but once the song kicks in where you can hear the instruments, it becomes more enjoyable. I was never one to like drum machines or programming, being a drummer, I think the song sounds better when the normal drum sound comes in.

The album’s last tracks are strange to me. Track ten is called “Low Life On High Heels.” This is a dance song with a rock feel, almost similar to ZZ Top‘s 1980s work. The guitar work is nice in it, but it runs only less than three minutes. The reason for the short time on the previous track is because the final track is the same song as track ten, only re-named “Hummer.” There are brief vocals on both tracks, but it’s mainly the musicians playing the song. The band ended up getting producer Dan “The Automator” who worked with Beck to help with the song. This song, from what research I could find, is the remixed version of “Low Life” but having the same song two times to end the CD is just odd to me. I challenge listeners to put this song on at a party and see if someone can guess that it is Cheap Trick.

The release overall is one that provides mixed feelings for me. There are some great songs, along with some that are just jumbled together. The decision to end the release with the same song twice still baffles me, instead of just having the one longer version of the song on the album. In my opinion, the album is not one that I can listen to all the way through, and just pick a few songs here and there at one sitting. However, it is not bad enough that I want to get rid of it from my collection of music (maybe also because the special edition has a separate disc with videos on it). Some listeners that only know of the band’s hits like “The Flame” and “I Want You To Want Me” may want to discover some of these dark-toned songs from the release. It starts off with rocking pop songs, then goes dark themed, until the dance ending. Special One was not special enough for me as a complete album, although it does have some bright spots to it.

Cheap Trick performing “Scent Of A Woman” on TV show:

Cheap Trick – Scent Of A Woman

Cheap Trick – Scent Of A Woman