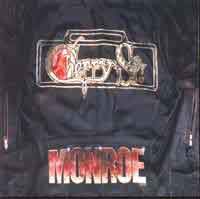 Review:
I’ve always wondered if Cherry St. was an actual band or just a bunch of friends that jump into the studio from time to time. Regardless of which is true, I’ve always enjoyed their albums – and their revolving door membership policy always keeps things fresh. So here we have one of Cherry St.‘s best albums, re-released with three bonus tracks – and strangely enough with one of the original tunes missing!

BulletBoys front-man Marq Torien screams through the first two songs, almost losing control when things heat up. It is that instability that makes both songs so good, especially “One More Tonight”. The band applies a glam meets three-chord AC/DC riffs throughout, but the three bonus reissue tracks are more straight-up Sunset Strip glam. Which only makes sense seeing as these three tracks first appeared on a Cherry St. demo during their formative years. The real gem here though is “Joker’s Wild”, featuring an incredibly laid-back vocal delivery by Roxx Gang‘s Kevin Steele. The song oozes cockiness and egotism as if effortlessly rolls along and remains one of my favorite tunes.

I’m not sure why “Shake My Soul” is missing (sung by Tuff‘s vocalist) on the reissue, but the three old demos more than make up for it. Arguably Cherry St.‘s finest moment, Monroe is a great collection of catchy and understated rock songs. A quick trip to www.perrisrecords.com will cure your fix for dirty rock’n’roll.