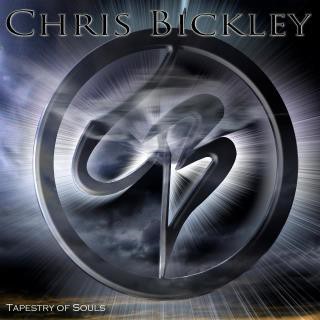 Review:
Let me start by saying I’m not a big fan of instrumental albums — in the end they just seem pretentious, where everyone wants to be the next Malmsteen, Vai or Satriani. I’ve always found that these type of albums come across as a way for guitarists to display their talents by showing everyone how fast their fingers can fly up and down the fretboard, with little regard for actual song structure.

One thing that can be said about Chris Bickley is that the guy doesn’t rely solely on speed to impress (although he has that in his repertoire as well), he is actually capable of inserting some emotion into his guitar compositions. “Fallen” is one of the best examples of Bickley‘s talents as it morphs from bluesy Jeff Healey inspired emotion to a full-on shred fest. Of course like most albums, Tapestry Of Souls has good and bad moments — “Race Car Guy” succeeds with its Joe Satriani influence, “Chemical Love” is a well-executed number and “Walk In The Park” is a straight-shootin’ rock number, while on the other hand “All Or Nothing” annoys with its funky slap bass.

Of course I was most interested in the four songs with guest vocalists, some of who are fairly well-known in hard rock circles. Kelly Keeling of Baton Rouge fame does his best Glenn Hughes impression on “Crying Shame”, but in turn sounds atrocious as he often seems out of tune. Former Loudness belter Mike Vescera isn’t much better during the heavy “A Step Behind” — although he sounds alright, the song itself leaves a lot to be desired. Outloud‘s Chandler Mogel picks things up during “Lead You Astray”, but his signature sound only really shines through during the chorus. It is only the relatively unknown Jimmy Kunes (the latest Cactus belter) who delivers a top-notch vocal performance, conjuring up memories of Rhett Forrester with his whiskey-soaked vocals on “This Time It’s Gonna Hurt” — the album’s best track.

What lets Tapestry Of Souls down isn’t Chris Bickley, instead it is disappointing guest appearances by the very people whose name recognition would help sell this album — Keeling in particular should be writing a letter of apology. For those of you that enjoy guitar shredders Chris Bickley is worthy of further investigation, while people that can’t get into instrumental releases should probably stay away.