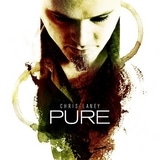 Review:
It’s been a long time coming for Chris Laney, and I hear you asking, “Who is Chris Laney??” Well, if you haven’t heard his name before, take notice now, because this is probably the most talented rock-producer around at the moment. Go check your CD collection and see who’s the man behind classics like Crashdiet‘s Rest In Sleaze, Crazy Lixx‘ Loud Minority or more recently Randy Piper’s Animal‘s Virus!

Undeniably influenced by Robert Mutt Lange, Laney not only knows how to make a disc sound like a million bucks, but he also knows how to write hooks you can’t escape – so called ‘Hits’. Pure offers 12 songs, kicking off with the metallic “Situation”, which wouldn’t have been out of place on the aforementioned Virus disc. “I Dunno” is a big anthem in the same style as Def Leppard‘s “Pour Some Sugar On Me” or Warrant‘s “Cherry Pie” and would have been an instant hit if it were released 20 years ago. “Make you Cry” is somewhat heavier again and distantly brings Crashdiet‘s The Unattractive Revolution to mind. Speaking of which; Crashdiet‘s Martin Sweet does a solo on the next track, the very melodic “Fire & Ice”. “I Hate Yer Guts” closes the first half of “Pure” in a punchy Zan Clan vibe.

If you thought the second half of this CD couldn’t even come close to the first, you couldn’t be more wrong! Because what is contained in the last 6 songs is a hair-metal rollercoaster ride which will leave you stunned! Whether it is the Leppard-esque “Get U Down” or the over the top anthem “Pissed At What Ya Missed”, Laney hits the bull’s eye.

This is the first time since Bob Rock‘s Rockhead project that a great producer manages to put out an excellent album on his own. So, if you like any band whose members guest on Pure, or if you miss Def Leppard‘s backing vocal arrangements from way back when they knew how to write good songs, do yourself a favor and pick up Chris Laney‘s debut solo disc!