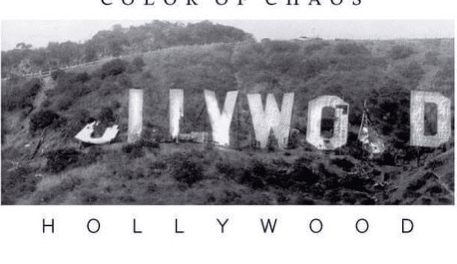 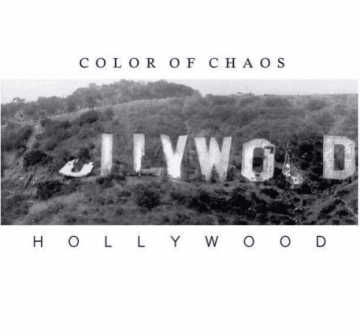 COLOR OF CHAOS
HOLLYWOOD
Released on November 9, 2018 (Color Of Chaos)

Review:
For the longest time, I viewed Color Of Chaos as Bang Tango bassist Lance Eric‘s side project. Later on, I viewed Color Of Chaos as two Bang Tango members’ side project as guitarist Steve Favela was temporarily filling in for Rowan Robertson a while back in Bang Tango. Color Of Chaos may indeed be a side project for two Bang Tango members but the reality is that the group’s debut album Hollywood should be viewed as much more than a side project. While Bang Tango continue to take forever to release another studio album (their last one dates back to 2011’s Pistol Whipped In The Bible Belt) and the most newsworthy news surrounding the band is original guitarist Mark Knight‘s continued attempts or wishes to have the original line-up play together again, Color Of Chaos have wasted little time compared to Bang Tango having come up with a debut album in the four years that they have been together.

Contrary to Bang Tango, Color Of Chaos play more straight up mid-tempo “classic rock” and radio friendly rockers with a little tinge of country music such as on the first single “Simple Times.”  All the songs are well crafted and the emphasis is placed on some good melodies, some timely guitar work (check out the guitar solo on “Fadeaway”) and singer Steven Carlson can seemingly handle anything vocally. Color Of Chaos‘ songs remind me a bit of Dokken except that there isn’t as much variety. Because all of the songs are at the mid-tempo range (with the possible exception of “Fight” and “Push” which are speedier numbers), Color Of Chaos‘ debut album feels at times a little long to listen to.

The first half of the album drags on quite a bit with “Simple Times” being the highlight. I definitely like the second half a lot better. “Fight” is the fastest paced rocker on the record, the first track to really show some attitude and the best song on the album. It’s too bad that there are not more tracks like this one on Hollywood. “Push” is another good one and again a little faster paced than the tracks on the first half of the album. Carlson‘s vocals seem to shine on the faster numbers allowing him to seemingly change vocal ranges all in one song (such as on “Push”). “Crack” is built on a strong guitar riff and Carlson‘s vocals, and has more edge and attitude in one song than the first six songs had combined all together. “Movin On” is the second ballad on Hollywood. I am not a fan of ballads but this one is better than the slower moving “Beautifully Broken” that can be found on the first half of the record. Perhaps the most interesting track on Hollywood is the song “Hate” which has an almost grunge like feel and has Carlson almost rapping the verse. I actually really like the song and in large part because it feels heavier and you can feel some much needed attitude.

Hollywood ends off with an unnecessary cover of Creedence Clearwater Revival‘s “Fortunate Son.” I say unnecessary as the group really didn’t need to do that cover. It feels like it’s already been recently done with the song being a staple of a similar band’s — The Dead Daisies — live set. Indeed, The Dead Daisies included “Fortunate Son” on their 2016 album Make Some Noise and I prefer The Dead Daisies‘ version over Color Of Chaos‘ rendition. Overall, Color Of Chaos have come with a radio friendly album, which lacks bite during the first half and picks up quite a bit during the second half. I’d really like more songs with more attitude from the band such as the tracks “Fight,” “Push” and “Hate.” You can pick up Color Of Chaos‘ debut album Hollywood directly from the band’s website.