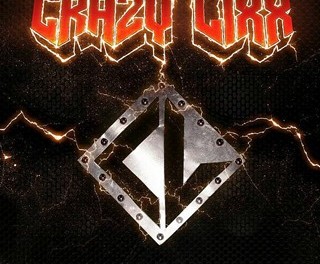 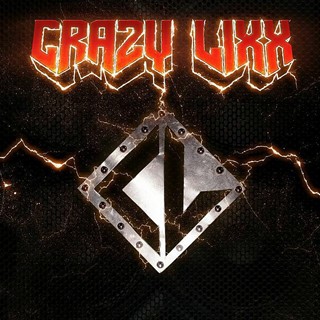 Review:
Crazy Lixx appear to have painted themselves into a corner. On one hand you have fans who want a return to their slickly produced New Religion sound and on the other are listeners who prefer the stripped-down Riot Avenue approach. How does Crazy Lixx address this dilemma? It’s simple really; they incorporate elements of both and unleash the pinnacle of their career in the form of a self-titled album.

Crazy Lixx makes it all seem so easy, turning everything they touch into gold — and on album number four the Swedes offer up eleven giant nuggets. It’s hard to imagine a band that has released so much incredible music over the years can continually outdo themselves, but that is exactly what is happening here. Right from the opening chords of first single “Hell Raising Women” you realize Crazy Lixx are about to take you on a hell of a ride as their signature harmonies perfectly blend with their cranking brand of ’80s hard rock. A more infectious song would be near impossible to come across — well, that is until the following “Sound Of The Loud Minority” comes along. The track slowly builds itself until reaching a plateau of Def Leppard Hysteria era grandiosity. And how about “Girls Of The 80’s”? Not only does it pay homage to the decadent decade lyrically, but musically it would have been a smash hit in that same timeframe.

“All Looks, No Hooks” is rather deceiving, because it is filled with nothing but killer riffs while rocking throughout — and if you don’t find yourself singing along to the chorus you better visit the doctor and have him check your hearing. That immaculate track is followed with yet another in the form of “Ain’t No Rest In Rock ‘N’ Roll”, a sing along anthem if I’ve ever heard one, and am I hearing a little bit of KISS‘ “Hide Your Heart” during the gang vocals of “Psycho City”? A reworking of “Heroes Are Forever”, arguably the band’s best song (although that may have changed while spinning this self-titled release), really shows that the Crazy Lixx sound hasn’t so much evolved as been perfected over the years. Finally, to put this entire album into perspective, the two songs I enjoyed the least could easily have been lead-off singles on 99% of melodic rock albums coming out these days — I think that tells you everything you need to know about Crazy Lixx.

Has there been a band as consistently impressive over the last decade as Crazy Lixx? Probably not, because time after time they deliver the goods while raising the melodic rock bar higher and higher. Bands come and go, occasionally stumbling upon greatness, but Crazy Lixx have been the face of excellence for so long now that no one can claim their career has been an accident. Crazy Lixx is an album tailor made to propel this underrated group into the stratosphere, and if it doesn’t I suggest their record label clean house in the public relations department. The only injustice when it comes to Crazy Lixx is their timing, because if they would have hit the scene in the mid-’80s we’d be talking about them in the same breath as legendary groups like Whitesnake and Def Leppard — that’s how great they are!