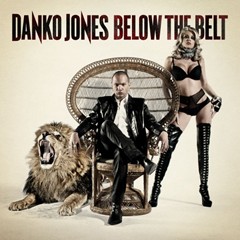 Review:
May 2010 was a month marked down on my ‘need to purchase’ calendar, and you know why? Because the new Danko Jones album came out, and I got my mitts on it!

Danko Jones is a three piece outfit hailing from Toronto Canada that formed in 1996 by lead singer/guitarist/writer and all-round talented guy, Danko Jones. The band is rounded out by John ‘JC’ Calabrese on bass and Dan Cornelius on drums. Strangely enough though they have been nominated in the Juno awards, Canada’s music awards, yet they haven’t really broken through in Canada or the United States to any great extent. Over here in Europe however these guys are huge, massive even… and deservedly so!

If you haven’t heard them and are a fan of loud, heavy end sounding, straight forward rock n’ roll with riffs abound and great lyrics, then you are in for a treat. Danko Jones is a straight forward kind of guy, who writes and plays in the same fashion. He writes about women — whether dating them, sleeping with them or breaking up with them — there is something for everyone.

This month has seen the release of the trio’s 6th studio album Below The Belt, and a complete belter of an album it is. It incorporates the polished production of 2008’s Never To Loud while bringing back the rawer, edgier, and more energetic feel of the earlier albums. It’s just far more honest sounding, and quite frankly just pounds out of the speakers.

Kicking us off is “I Think Bad Thoughts”, which I can really identify with… what does that say about me? The track is loud, energetic and really catchy — a real head nodder. “Active Volcanoes” follows and I’ll be damned if this doesn’t sound like an early ’70s KISS song. “Tonight Is Fine” follows, and what do you think this is about? Yep… this one has a really filthy feel to it. Next up is “Magic Snake” which picks up the pace and energy considerably. It is a really fun song, with even funnier lyrics, and I’m sure we all know someone in this position. “Had Enough” rolls along relentlessly and is one of those songs that you wish you had heard when you broke up with your last partner. “(I Can’t Handle) Moderation” is middle of the road album filler, a bit repetitive for my liking, though it is amusing enough. The lead single “Full Of Regret” is a full on Danko Jones number and is simply superb. Slightly slower with a catchy chorus is “The Sore Loser”, a song designed to calm the listener down before the build-up to the finish. “Like Dynamite” is another classic Danko Jones number as it just pumps along. The superb “Apology Accepted” is the second last tune on the album and again contains everything that is signature about Danko Jones — a great riff, chorus and it all musically clicks together perfectly. It also smacks of a lyrically angry Danko Jones, which is always a good thing in my book because it means fast, aggressive and loud. Last and certainly not least is arguably the best song on the album, “I Wanna Break Up with You”, which is angry Danko. Fast, catchy, energetic, and containing a readily identifiable message, this song just keeps the energy pumping along — and reminds you of everything you should have said to your ex!