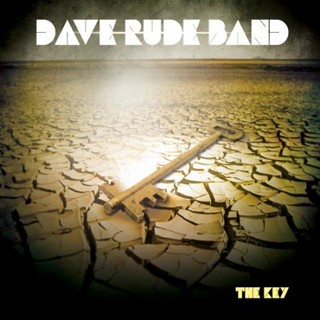 Review:
Guitarist Dave Rude has been a member of Tesla since 2006 — though still known as ‘the new guy’ to fans, he’s a seasoned musician that landed the gig due to his stellar playing and vocal abilities. Despite recording and touring relentlessly with Tesla since he joined the group seven years ago, Rude found the time to write and record a solo record with his own band.

Founded prior to joining Tesla, Rude‘s group is simply called the Dave Rude Band and they play blue collar rock ‘n’ roll with a contemporary twist. What Rude is doing on The Key, the band’s third release, is reminiscent of Joe Walsh‘s James Gang — if that band was formed in 2013. There are classic rock, country, contemporary rock and pop influences showcased throughout The Key.

While The Key isn’t ground breaking or innovative, it’s a fun record that features hard rocking tunes like the album opener “The Key” to the country rock ballad “On My Own Again”, which sounds akin to something you’d hear on a Keith Urban record and features a cameo by Tesla drummer Troy Luccketta, to the blistering closing track “Charlie Mansion”. You want variety? It’s in there. Did I mention that Rude also tackles the Peter Gabriel pop classic “Sledgehammer?” He stripped it down and plays it with the fire and urgency of a bar band duking out on the club circuit.

Looking for a no-frills rock ‘n’ roll record? Then look no further than the Dave Rude Band‘s The Key, where Rude sings like he plays guitar… with an attitude and swagger.