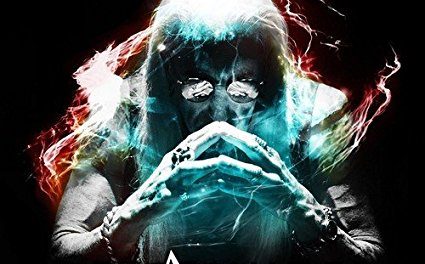 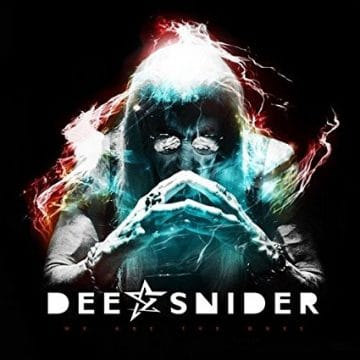 DEE SNIDER
WE ARE THE ONES
To be released on October 28, 2016 (Red River Records)

Review:
For years, Dee Snider has been adamant that ‘fans’ don’t buy new music from classic artists such as Twisted Sister. Snider often referenced this frequently as Twisted Sister’s career was winding down. Snider himself tested his own theory a few months back when he issued a solo song that he offered up for free [on his website]. The song was titled “To Hell And Back” [an AC/DC influenced rocker] and while it was ‘good’, it really went nowhere. It must have been disheartening though not surprising as it proved Snider was right.

This fall, Dee & company laid Twisted to rest and to our surprise, he’s on the verge of releasing a new solo record titled We Are The Ones. Unlike his previous solo efforts, the rocker Never Let The Bastards Wear You Down or the easy listening lounge album Dee Does Broadway, the latest record is middle of the road. What I mean by that is that We Are The Ones rocks ‘less’ than Bastards but rocks ‘more’ than than Broadway.

We Are The Ones is a complete transformation from ‘rock and roller’ to ‘radio friendly’ or contemporary rocker. One must approach We Are The Ones without any preconceived notions because after all; it’s not a Twisted Sister, Widowmaker or a Dee solo effort like any other before it. The production is punchy and there’s a lot of emphasis on the choruses and hooks. Dee Snider himself sounds spectacular on this recording. There’s no question this is the handy work of Grammy Award winning Damon Ranger who serves as album producer and songwriter for the majority of the material on the album. Ranger was the mastermind who pitched the idea to Snider to record a more ‘current’ sounding effort.

There’s two covers on We Are The Ones. The first is Twisted Sister’s “We’re Not Gonna Take It” which is stripped down rendition of Dee singing along with a piano. The song is so overexposed at this point and the only worse reworking of a classic song that comes to mind is when Udo Dirkschneider recut Accept’s “Balls To The Wall” on that VH-1 Classic ‘Metal Mania’ acoustic album.

The second is Nine Inch Nails’ “Head Like A Hole” which is a great song penned by the mighty Trent Reznor but also very much overexposed. Aside from the intro to the song, it’s a ‘color by numbers’ or ‘karaoke’ rendition that you’d hear by a contestant on The Voice or The X Factor. There are a couple of great moments — and I wish there would have been more — on We Are The Ones consisting of the ‘best’ tracks on this record being “Over And Over Again” which boasts a huge chorus, upbeat tempo and excellent hook, and “Believe” which would seem to be a great tune to be played in a live setting.

Dee Snider‘s “We Are The Ones” lyric video:

Dee Snider “We Are The Ones” Official Lyric Video

One thing you won’t ever catch DEE SNIDER doing is being complacent. “I’ve never been about living in the past,” Snider says. “The past is wonderful to refle…