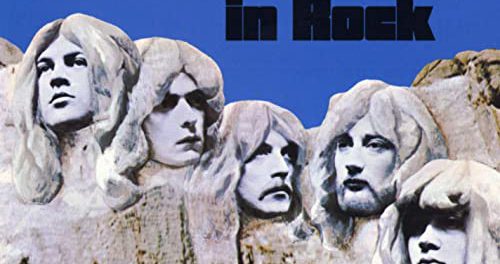 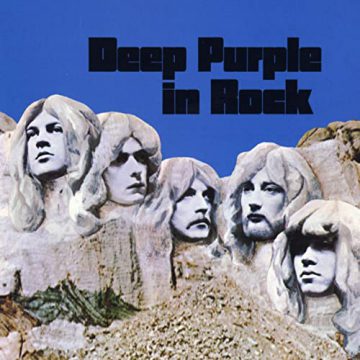 Review:
My introduction to music started well before I was born with my mother continuing a love of music throughout her pregnancy and on through the remainder of the sixties educating my ears and soul with the great musical sounds of the times but starting on my first trip to her homeland of Italy in 1971 is when my school of rock truly began. From the moment I first met her youngest sibling, who at the time was still in his twenties himself, my life would forever be one of spinning musical adventures whether it be by way of records, cassettes, CDs and yes, even 8-tracks.

With my feet barely able to reach the edge of the couch, I spent my first visit just observing in awe, what very little Italian I had grasped from my mom to that point not yet enough to help my five year old brain comprehend the words coming out of my uncle’s mouth. Thinking back I’d imagine to me it sounding like the mumbling adults on those old Peanuts cartoons. But when he pointed to his record player, our worlds connected. Yeah records, mom played those all the time. That I understood. But as much cool stuff as mom played on our turntable at home, nothing was like the sounds I was exposed to on visits those first few years of the seventies. Starting with that first visit, every long drive down from Germany, the next few years were filled with restless attempts to try and nap while my brain excitedly wondered what records my uncle would play for me that visit. The musical landscape was changing and through his musical heart my ears and eyes were opened up to the sounds of Sweet, David Bowie, T. Rex, and his favorite of favorites – Deep Purple.

To say my uncle was a Deep Purple fan would be a huge understatement but of all the band’s lineups, the MK II (for some reason, every line-up in Deep Purple world is an “MK”) version featuring original members Ritchie Blackmore, Jon Lord, and Ian Paice, and former Episode Six bandmates Ian Gillan and Roger Glover, was by far his favorite. Luckily my arrival came right around the time this line-up was picking up hard rock and roll steam quickly becoming my fave version of the band as well. I love the albums that the band released in 1974/75 with David Coverdale and Glenn Hughes handling the vocals and bass but those four records MK II released from 1970–1973 are must have rock classics starting with In Rock on June 3, 1970. In terms of mainstream success, overall, it stands below the other three, especially Machine Head but sonically, it may be the most complete of Deep Purple releases during that short stretch culling from the more psychedelic sounds of early Purple and the harder direction Blackmore, Lord, and Paice were aiming for.

The other major change created by the arrival of the MK II line-up was to move away from past practice of including covers. On In Rock, Deep Purple forged ahead with a heavier sound by way of an all original release with every song credited to all five band members. The band also used an unusual old promotional method of releasing a connected single not actually included on the album when two days after the official release of In Rock, Deep Purple put out the song “Black Night” which to this day remains the group’s highest charting UK single peaking at #2. Seems that after turning in the finished album, the label requested a song more suited to be a single than anything on the album itself, even funnier considering that opening track “Speed King” is also listed as a single released in June of 1970.

While “Black Night” rocks in its own right, for my dough “Speed King”, with bombastic references to old songs like “Good Golly Miss Molly”, “The Battle of New Orleans”, and “Great Balls of Fire”, is the true introduction of Deep Purple, ass kicking rock and roll band. Gillan wails as the band blasts in and out with on the chin power chordss. This edge gives the breakdown solo section between Lord‘s organ and Blackmore‘s bluesy guitar even more life as it arrives unexpected before the song builds into a sonic finish ushering in Purple‘s new sound to the world. From there, the rest is history of course, but for the band, even after three previous releases, this was truly just the beginning.

In the seventies, rock introduced a new concept to music — full albums of great material over singles surrounded by filler and few were better than Deep Purple at producing albums filled with great hard rocking songs. Coming in right after In Rock‘s killer opening tune, “Bloodsucker” is a grinding punch of bottom end raw rock with great guitar, bass and of course vocals. It’s not hard to picture future early Iron Maiden members looking to tracks like this when searching for a sound to build a band around. Even the keys have a sort of heaviness.

Clocking in over ten minutes, “Child In Time” stands as the serious spot on In Rock. Borrowing from 1969 psychedelic tune “Bombay Calling” and filled with nods to Vietnam and inhumanity, over the years, “Child In Time” has grown to become not only a heavy metal anthem, but also one of the great rock guitar solo songs of all-time. It has gone on to see new life as a cover by Yngwie Malmsteen and a track sample by Big Audio Dynamite. It has been featured on movie soundtracks as well as several serious documentaries, and more marking it as one of the more important songs in the Deep Purple catalog. Three songs and a bit over twenty minutes later it brings the first half of In Rock to a scorching, screaming, intense wrap.

Kicking off with the first of two seven plus minutes songs, “Flight of The Rat” is early classic AOR rock complete with rolling uplifting rhythms strolling organ, progressive breaks, and a sound that would predate early efforts by Styx and even future arena favorites Boston. The organ solo is pure Purple and as slamming as you can get with an organ and the post solo break sneaks a hint of future speed songs to come in songs like “Highway Star.” Yeah seven minutes seems like a long time but throw in a frenetic funk break, a ton of energy and an immediate stop before the song tears back in, kills with some vocals and in classic seventies fashion, a drum solo and before you know it the band is off and running to the next song.

“Into The Fire” is a slow plodding groove of a track not far removed bands like Cream but with that extra bit of Purple shade a la Lord‘s organ and Gillan‘s belting vocal. Grinding in a way much like early metal influencing tracks like Sabbath‘s “Iron Man” it is a fine showcase of the band’s ability to layer guitar and keyboards but when compared to the other tracks on In Rock, it does tend to drag on longer than should being the shortest of the tracks on In Rock at a mere three and a half minutes. Fortunately, while the rhythm on “Living Wreck” is similar, it is a more solid tune overall with some of my favorite Lord organ playing at times chugging so hard on the breaks it almost feels like guitar, and then sweetly spicing up the verses. Yeah maybe some fear the thought of speaking organ when referencing hard rock and metal but if anyone pulls it off, it’s Jon Lord.

Speaking of Cream, album closer “Hard Lovin’ Woman” sneaks a bit of “White Room” feel off the start before tearing full on into a romping blast of rock and roll covered in wailing Gillan vocals. The side’s other over seven minutes track, once again, Purple fill up the space perfectly leaving little room for boredom. Maybe the oddest part of this track is the feeling that you’ve heard it before but for fans of the band this point on, it’s obvious it’s just the familiarity of that classic Deep Purple sound.

When In Rock was released in 1970, Deep Purple were already starting to influence future rock musicians but starting here and moving forward, became part of the Mount Rushmore of innovative rock bands in the seventies including Black Sabbath and Led Zeppelin to lay the pavement for future heavy metal bands. The following year would see the release of the powerful album Fireball followed by legendary classic Machine Head in 1972 with classics “Highway Star”, Smoke On The Water”, and “Space Truckin’” and the rock world would never be the same. Following one more record with the MK II line-up in 1973, Deep Purple would continue to create great hard rock despite line-up changes eventually paving the way for more great bands like Ritchie Blackmore’s Rainbow (which introduced the world to Ronnie James Dio), David Coverdale‘s Whitesnake, and more before the return of the classic MK II lineup in 1984 on the album Perfect Strangers. But while In Rock stands as the band’s fourth release, it has to be considered that in the history of music, it was where the true heavy rock of Deep Purple began.