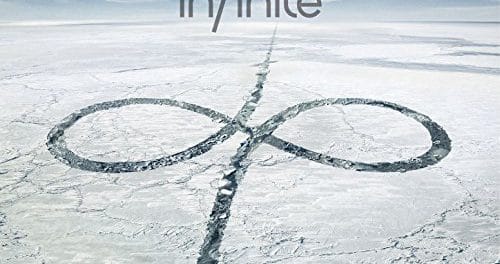 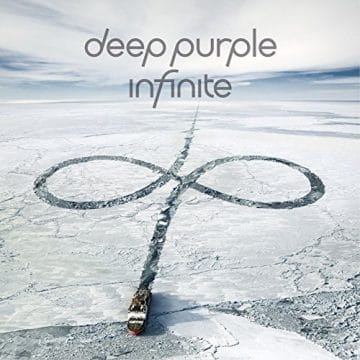 Review:
Well, OK, Deep Purple.  Infinite is the 20th studio album from the masters of rock, formed in the UK in 1968. The band, regardless of which “mark” version you consider, has created some of the greatest hits in classic rock history. The 1972 release of Machine Head alone produced “Highway Star,” “Space Truckin,” “Lazy”, and probably one of the most iconic rock songs of all time, “Smoke On The Water.”

Ian Gillan was the singer on Machine Head, as was Roger Glover nailing the bass, and one of my heroes Ian Paice on drums. They combine again in 2017 with Infinite, along with American Steve Morse on guitar and Don Airey on keyboards. UK native Airey has been with everyone from Ozzy to Thin Lizzy to Whitesnake.

I am sort of liking this album. It is certainly classic Purple output, with a serious Pink Floyd bent. A song like “Birds of Prey” is a rock song, but some of the lyrical exposition reminds me of Dark Side Of The Moon. Even the outro solo goes there. But I’m getting ahead of myself. The album opens with a digital voice reminiscent of Floyd’s Division Bell, Stephen Hawking sort of thing. “Time for Bedlam” has a great line “…sucking my milk from the venomous tit of the state….” Love it, but the vocal tempo and rhythmic offering also reminds me of Pink Floyd’s “Sheep” from Animals.

And then, “You can bury me up to my knees in shit…” as the lyric to “Hip Boots” goes. Heavy on Hammond style keyboards and relying on Gillan’s vocals to carry the tune, it’s not bad overall. The solo by Morse is decent, but not in the Ritchie Blackmore frame. That’s not a bad thing at all, just different. “All I Got Is You” begins with a jazzy free form solo bit, and a pretty good keyboard line.  Again, Gillan carries the song with his vocal delivery, interspersed with solid guitar/key riffs.

“One Night in Vegas” is a mid tempo rocker. It’s OK, but I’m not sure it is a memorable track overall. It follows the general theme of Airey‘s keyboards leading the way over Morse’s guitar line, while Gillan‘s singing controls the focus of the songs. I might pass altogether on “Get Me Outta Here” as filler, except Ian Gillan and his vocals again stand out. Ian Paice produces a solid drum line in “The Surprising” and the keys again fill out the song. Overall, not my favourite, but technically solid. One of those tracks that should be studied rather than enjoyed.

“Johnny’s Band” starts off strangely. The soft ’80s keyboard intro doesn’t seem to mesh with the really good ’70s style guitar riff it builds into. Unfortunately in this case, that cool riff devolves into relying on Gillan to carry the verse. It seems like there is a requisite keyboard/guitar solo shoved in the middle. The whole song seems forced to me, which is too bad. It could have been much better. However, “On Top of the World” is almost the exact opposite. Every note seems natural, and it all works together… the keys, the guitars, drums, and vocals. Even the changes between verse, bridge, and chorus seem natural.

I might say the same for “Birds of Prey.” For sure, a big sounding ’70s rock song intro. Again, I hear Pink Floyd in the verse, especially with the vocal chorus effect added to Ian Gillan’s voice.  Then, for some reason, Deep Purple decided that their history and songwriting wasn’t good enough, so they chose to cover the old Doors song, “Roadhouse Blues.” This song, particularly the Jeff Healey cover, has personal meaning to me. In fact, I woke up one morning and got myself a beer. But the Purple cover, to me, seems to lack soul and feeling, compared to the Doors, or Healey. It’s like this song was only filler. Sure, the band is solid, and plays it well, but ultimately…. meh.

“Paradise Bar” is pretty good. Upbeat, with solid playing and a catchy chorus. It won’t make my playlist, but it has a David Lee Roth “California Girls” vibe to it, albeit it with a hard edge. The extras like instrumental “Uncommon Man” aren’t worth it. Ian Paice’s recording of “Hip Boots” is neat if you’re a drummer, but not much else. It’s a bit more gritty than the album version. Finally, Deep Purple includes “Strange Kind Of Woman” on just about everything it releases. Originally recorded for Fireball in 1971, it was track #2 on one of my most influential Purple albums, the 1988 release of Nobody’s Perfect. This one isn’t bad, but go for the original instead.

If you’re into Deep Purple, or great musicianship in general, this is a good album. I found it difficult to listen to as a 14 track single item, because it was hit and miss. Most albums these days are that way, unfortunately. Ian Gillan as a vocalist carries this album throughout. I was glad to hear Don Airey was pretty true to the late Jon Lord with his keyboards, and the boards themselves reflected the influence on Purple’s overall sound. It is true to form. Infinite is no Machine Head, but then again, what is?

Reviewed by Metal Mike for Sleaze Roxx, May 2017