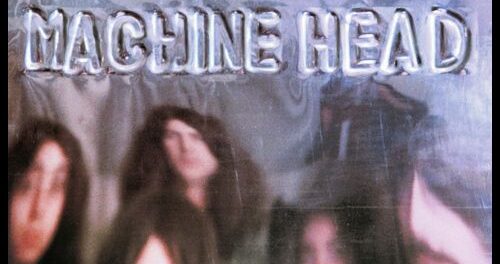 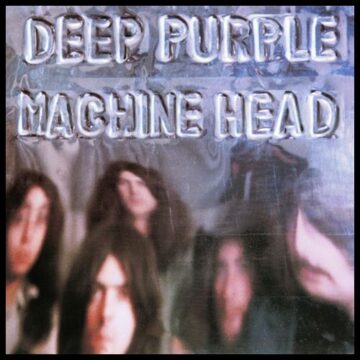 Review:
In early spring of 1972, Deep Purple unleashed their sixth (and most popular album) on the rock and roll masses en route to their part in a hard rock triumvirate influencing metal to come, along with fellow Brits Led Zeppelin and Black Sabbath. In comparison, the shelf life of most rock bands expire well before six records but somehow not only were Deep Purple able to hit their prime six releases in, they’ve managed to weather a break up and countless line-up changes to release a whopping 22 studio album including last year’s impressive Turning To Crime. This is astonishing when considering that since the band’s inception in 1968, only drummer Ian Paice remains, having rocked his way through over five decades alongside three different bass players, six vocalists, a couple of keyboard players and a group of highly acclaimed guitarists by the names of Blackmore, Bolin, Satriani and Morse.

While arguably considered perhaps the least prominent of the legendary hard rock trio mentioned above, Zeppelin folded at the dawn of the ’80s while Sabbath limped along after the departure of second singer Ronnie James Dio until reuniting their original line-up in 1997. This left Purple to properly carry the rock and roll banner starting with singer Ian Gillan‘s return to the band in 1984 following an one-off album and tour with Sabbath. But even with 50 odd years of music to their name, to many, it is Machine Head that will be listed as the band’s rock and roll masterpiece long after they have delivered their final encore. Black Sabbath frontman (and Prince of Darkess) Ozzy Osbourne himself picked the record as one of his ten fave British releases ever. Pretty stinking cool when you consider that Machine Head clocks in under forty minutes with a meager total of seven songs. Oh yeah, and the whole thing was pretty much put together with very little fixing in an attempt to grab the feel of the band’s concerts. And of course the classic riffness of “Smoke On The Water” and accompanying story is stuff of hard rock legend and may be the earliest piece of rock lore I can recall hearing as a child while being exposed to Deep Purple sitting in stunned silence on my uncle’s couch high in the vine-covered hills of Northern Italy. For a child still shy of kindergarten and raised until that point on The Beatles and Elvis Presley, the impact turned out to be lifelong and to this day, Machine Head remains one of my favorite records ever.

I’ve often wondered how many bands over the years have tried in vain to create an ass-kicking album opener as fast and furious as “Highway Star” which belts out of the gate sending Machine Head on its blistering way. The influence on future hard rock tunes over the years has been blatantly obvious as bands like Mötley Crüe (“Kickstart My Heart”) and countless others have used the build up power of rock and roll teamed with the topic of adrenaline to fuel fast-paced rock anthems and often with great results but they all have to be honest. In most cases, they nicked the idea from “Highway Star” and who can blame ’em? All these decades later, the tune is still head banging, air guitar worthy. And that’s just the first song on an album where even the lesser known deep cuts are eternally stunning.

“Maybe I’m A Leo” grooves with a heavy bass and organ driven funk that harkens back to Cream and forward to the Tommy Bolin era of the band. Jon Lord‘s organ is hauntingly heavy beneath Ritchie Blackmore‘s cool guitar solo before soothing things out to set up the re-groove, if you will. Three tunes in, “Pictures of Home” delivers classic British hard rock with a quick chugging rhythm complete with solo by just about every instrument tossed in to fill up the journey and of course, topped with Gillan belting out lyrics on the verge of gothic yet somehow understandably coomon. Perhaps my favorite break of the tune comes in the second half when the bass breaks down and carries the track towards its final stop and conclusion. For fans of the musical side of Purple, “Pictures of Home” has it all. Closing out the first half of Machine Head (for those following along on vinyl), “Never Before” is proof that the hard rock boys are fully capable of carry a catchy melody. Purple even go so far as to sneak in a soft interlude with Gillan going semi-falsetto along the way. Hardly hard rock but definitely a sign of flexibility that adds even more to the group’s brilliance.

Despite containing only three tracks, the flip side of Machine Head is one of the hottest sides in vinyl rock and roll history. First off, there’s the band’s tale of a recording attempt disrupted by fire courtesy of legendary track “Smoke On The Water” which arguably has the greatest riff in guitar rock history. Alone, this timeless classic is more than enough to make the side (and album) worthy of immortality but Deep Purple also toss in the over seven minutes of the also classic track “Lazy” which just might out-Allman the Allman Brothers in regards to bluesy, southern rock jamness. Once again, the organ just romps and the guitar slides all over the place winding in and out of all the other instruments until the vocals finally come in after a tentalizing four minutes of musical bliss. Musically, even Gillan gets in the mix with a pretty tasty harmonica solo before heading onto some pretty impressive screams. Blackmore fans though need not fear – the last couple minutes, the man in black give his fingerboard plenty of lead love. Well, well, just when you thought that was enough, the dirty distorted organ of “Space Truckin’ kicks in and Deep Purple rock around the galaxy on a killer cool romp that is every bit a great album closer as “Highway Star” an opener. Oh yeah, c’mon! British rock and roll just doesn’t get much better than this.

As a whole, Machine Head is about as perfect a hard rocking record as one can get which might explain why it topped the charts in several countries including the UK. It’s a record that sounds just as powerful now as it in 1972. Even better, on old vinyl cranked though an old school sound system and you can trust me on that – it has yet to fizzle out of my listening pleasure since the day I first heard it crackle into my head in the early ’70s. It’s one of those records that after some time apart, comes back like a mesmerizing new great release mere seconds upon the needle touching the groove. A marvelous slab of hard rock that straddles the fence between the bluesy melodies of Zeppelin and the dark foreboding riffs of Sabbath. Not familiar? You might wanna get familiar. After all, like their brethren in the ever influential rock triumvirate, we are talking about a band so ingrained in the bloodline of hard rock that among the faithful they are simply known by a single name – Purple.