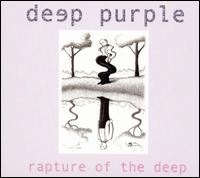 Review:
Late last year I was stuck working in a bush camp, without TV, telephone and internet. The only thing that kept a man sane was alcohol/cigarettes and the weekly trip to the bar. Of course the jukebox at the hotel had your typical Top 40 crap, and after flipping through page after page I had almost given up hope that I’d find something listenable. Then on the final page I managed to find Deep Purple and proceeded to drive everyone nuts with the constant barrage of “Space Truckin” and “Highway Star”. Thirty years after those classics were released Deep Purple is still kicking around, bringing heavy metal to anyone willing to listen.

Of course after thirty years the band has gone through countless line-up changes and has evolved from the distorted furry of their early days into a more polished machine, but a machine that is still capable delivering. Vocalist Ian Gillan sounds as good as ever, but the days of screaming at the top of his lungs are all but gone. Guitarist Steve Morse had some huge shoes to fill, but has stepped up to the plate and Don Airey (who replaced the retired Jon Lord on keyboards) has stamped his mark all over this album. “Girls Like That” for example has a keyboard solo and even contains one of the few trademark screams that harkens back to the good old days.

“Wrong Man” shows that the group can still handle a heavy sludgy number while “Clearly Quite Absurd” exploits a more sensitive side to Deep Purple. “Don’t Let Go” is another mid-tempo number with a great groove while “Back To Back” has some cool guitar runs, but the chorus almost kills it. The band takes a shot at the music industry in the scathing “MTV”, a song that is all too true. The chorus for “Junkyard Blues” always seems to get stuck in my head, yet it is “Kiss Tomorrow Goodbye” that is my favorite song here. It has that typical Purple feel, and you know Ian Paice is having a blast as he lays down a unique beat that carries the tune along.

This version of Deep Purple reminds me of a former boxing champion, a boxer that may no longer be at the top of his game yet is able to use experience to win the big fight. The urgency and reckless abandon of their early work has been replaced by precision and grooves. If you are looking for a repeat of Machine Head – look elsewhere. But if you are looking for a cool heavy metal album, Rapture Of The Deep would be a good start. Few groups can claim to be legends, but Deep Purple is one that can without looking insane. These metal legends can still show the new boys some tricks – www.deep-purple.com.