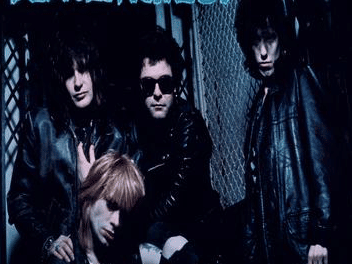 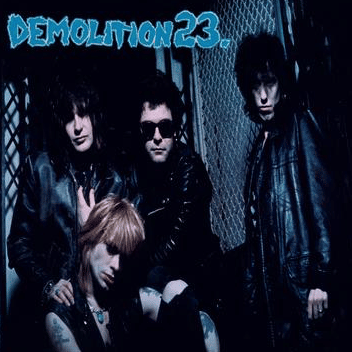 Review:
Those nice geezers at Wicked Cool Records have seen the light and remastered the sole self-titled 1994 album by legendary Hanoi Rocks frontman Michael Monroe’s sadly short lived side project Demolition 23., to coincide with the prolific main man’s 60th year on the planet.

“Nothing’s Alright” immediately benefits from the remastering as the vocals are far more to the fore than on the original release, meaning that every nuance is audible on this swaggering opening track – and rightly so. The affectionate tribute to the great “Hammersmith Palais” is hook laden with an instantly memorable chorus, and is probably the closest thing to a radio friendly “pop” song on the album, before “The Scum Lives On” literally leaves you breathless in its savagely barbed lyrical brilliance.

“Dysfunctional” is a street tough and stripped down rocker that features a fine harmonica solo from the man himself; before a respectful cover of Stiv Bators’ “Ain’t Nothing To Lose” and a gloriously shambolic version of Johnny Thunders’ classic “I Wanna Be Loved” during which I swear you can literally picture the fun the whole band is having during the recording! The Gothic tinged anti-love song “You Crucified Me” gives way to the sleazy, barbed nursery rhyme style “Same Shit Different Day” which has yet another memorable chorus to lodge firmly in your brain. “Endangered Species” is a rousing rocker complete with gang style vocals, before the still genuinely creepy lullaby “Deadtime Stories” closes the original track listing in fine style.

The added extra demo versions of “Hammersmith Palais”, “Dysfunctional” and “The Scum Lives On” aren’t necessarily essential but good to hear, if only to witness the progression of these songs to their final resting place on the album. This remastered production is top notch and the band are simply superb throughout. Jimmy Clark’s drums and Hanoi Rocks bassist Sami Yaffa are as fine a rhythm section as you will hear anywhere, and ex-Star Star guitarist Jay Hening embodies the low slung outlaw playing to perfection. Monroe himself had rarely sounded this angry and committed up until this point in ’94 and it is a great shame that the band dissolved a year or so later but it was often the case with many Hanoi Rocks’ side projects – Cherry Bombz, Suicide Twins, Shooting Gallery, etc – to leave one sole recording in their wake.

This album was criminally overlooked and only given limited release originally, but fully deserves to be lauded alongside the very best of Hanoi Rocks as well as his often equally superb later solo output, including his very latest I Live Too Fast To Die Young,  because this truly is a sleaze-punk-glam filled masterpiece.