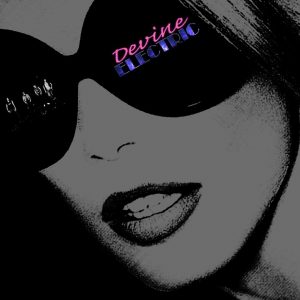 Review:
Will the real Devine Electric please stand up? I am not sure which band that I am listening to from track to track on Devine Electric‘s self-titled debut album. Is it the Billy Joel sounding keyboard focused “Don’t Lie To Me” or perhaps it’s the Helix sounding “Tears You Cry?” Is it the Deep Purple organ fuelled a la Jon Lord beginning to the track “I Wanna Change The World?” Is it the Aerosmith like pot pourri of instruments from congas to a harmonica that can be heard on “You’re So Vicious?”

It is quite tough to define Devine Electric‘s musical inclinations because the band is all over the place on its debut album. The good news is that Devine Electric can seemingly play any style of music and come up with a good song so even though their self-titled album covers a lot of ground and styles, it makes for an enjoyable listen from start to finish. Devine Electric is more of a hard rock album with a lot of variety. The odds are that you’ll find at least one song that you really like since the band covers so much ground. If you’re going to try to pigeon hole Devine Electric to one genre, the songs “You’re So Vicious,” “Shy Love” and “One On One” probably best represent the band in my view, which is hard rock with a bit of modern overtones to it.

If you’re familiar with Billy Joel‘s work, just close your eyes and listen to the keyboard intro to “Don’t Like To Me” and Devine Electric singer Eli Reskov‘s singing during the verses and I dare you not to think this is Billy Joel‘s next blockbuster hit song. It’s almost a bit too much of a rip off on what Joel would do. Whatever the case, Devine Electric are quite adept with their Billy Joel impression and I would be interested in hearing them do a set of Billy Joel tunes. Had I not known that this was a Devine Electric record, I would have thought for sure that Helix‘s lead singer Brian Vollmer is making  guest appearance of during the verses of “Tears You Cry.” It seems that Devine Electric could play great renditions of the Helix classics. You get the picture. There lies the problem with Devine Electric‘s self-titled debut album. The songs are quite good but they sometimes sound like carbon copies of what other artists might do.

Don’t Feel Like Home is the second single from the debut 2016 album from Devine Electric.Hard copies available from our webstorehttp://www.devineelectricmusi…

Devine Electric‘s “It Happens All The Time” video:

DEVINE ELECTRIC – It Happens All the Time

First single off the debut album album (2016)Hard copies available from our online storehttp://www.devineelectricmusic.com/shop-online/Download available her…