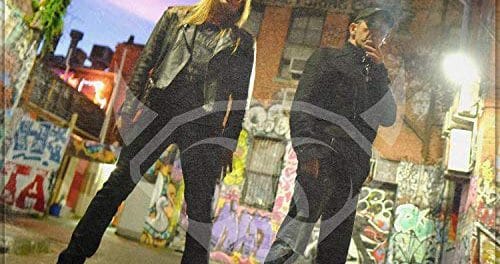 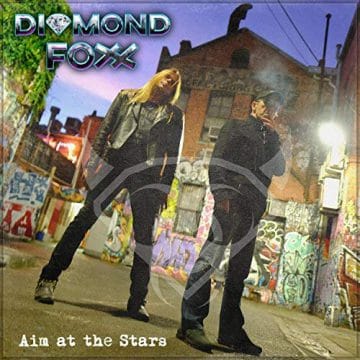 Review:
As a reviewer, it is much easier to review a terrific album or an awful one. If it’s terrific, you just end up gushing about each song and how great everything sounds. If it’s awful, you hone in on the bad parts to explain why the album stinks. But what about the albums in the middle? The ones that are good but not great. The ones that you enjoy each time that you listen to them but never long to actually play them. The ones where the songs are enjoyable yet not that memorable. In other words, what do you say about the dreaded “average” or “decent” record.

Diamond Foxx are based in Australia and appear to be the brainchild of guitarist Con Diamond and lead vocalist Scott Foxx. Hopefully, you noticed by now that the band’s name uses each of the duo’s last names. With a name like Diamond Foxx, you can already kind of predict what the group will sound like and really, they deliver in that front. Diamond Foxx play a brand of “hair metal” ’80s rock n’ roll complete with the high pitched vocals that seemed so prevalent in that era from so many singers. All of the tracks on Diamond Foxx are fast paced rockers. The guitar tone is what I would expect from an ’80s style guitarist so I definitely like the familiar guitar sounds.

As I previously indicated, it’s tough reviewing those middle of the road albums and Diamond Foxx‘s debut EP Aim At The Stars is exactly that. I have been meaning to review this album for a couple of weeks now. Each time, I would put the album on for a couple of spins during the day anticipating that I would write the review later that evening, but that never ended up materializing. The next day, I couldn’t remember what the songs really sounded like but I knew that I had enjoyed each one. Clearly, the issue of “enjoyable but not memorable” applies to Diamond Foxx‘s EP Aim At the Stars. I have at least been able to identify over the course of listening to the EP more than 20 times that songs #2 and 6 (“Out Of Control” and “The Pain”) are a cut above the four others.

Why can’t I really remember any of Diamond Foxx‘s songs? For one, the production is not the greatest but I’ve never let that stop me from listening to a new band’s album. There are some really good parts in each song such as the intro guitar riff and starting verses on the opening track “Where Angels Don’t Dare.” Perhaps it’s just that the songs are pretty generic. I’ve heard it before and others have done it better. There are also no big time choruses to sing along to or to hum in my head. Although I can’t really remember any of Diamond Foxx‘s songs, I actually enjoy the EP every time that I listen to it and there are no tracks that I shudder to listen to or want to avoid. Enjoyable but not memorable. That is the best way to describe Diamond Foxx‘s EP Aim At The Stars.

Production:
Recorded and produced by Con Diamond
Mixed and mastered by Dean Wells

Diamond Foxx debut single/video,taken from the 2018 debut E.P Aim at the stars!!!!www.facebook.com/diamondfoxxband