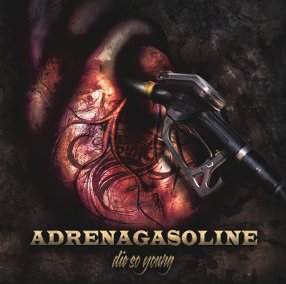 Review:
It may be a stretch for such a young band to have created a collection of debauchery tales based around their own personal experiences. Admittedly the weird stories contained within Die So Young‘s debut don’t contain ‘all the truth’, but maybe these Austrians are adhering to the ‘live fast die young’ ethos — it would explain the band’s moniker.

None of that really matters when you have the first track consisting of a “we know how to live, we know how to rock, we know how to drink, we know how to fuck” chorus — my attention was immediately captured. “How To Rokk” undoubtedly lives up to its name, beginning with the sounds of a rumbling motorcycle before thrusting into a sex and booze charged rock monster with a steady groove, swirling guitar leads and hoarse vocals. “Give It Up” continues with the same formula although it doesn’t work quite as well, while “Getaway” adjusts the band’s tempo on the intro before conjuring up sounds of Broken Teeth as it picks up speed and fury. “Firebitch”, a song about getting rid of an annoying woman, never slows down and is another scorcher.

The second half of Adrenagasoline isn’t as good as the first, but doesn’t disappoint either. “Hangover Blues” is exactly what you would expect from the title and “Prisoner In Life” in another energetic rocker with a hard hitting drum beat. “Evil Likes To Party” is another rocker but is let down by a half-assed chorus while the album’s concluding “Ravencrown” has an interesting guitar tone to it and a rumbling beat.

Die So Young may be new to the scene but have done an excellent job — both with the music and CD packaging, not bad at all for a DIY project. If their band name is any indication they won’t be with us for long but they can be proud of Adrenagasoline. If gruff Lemmy inspired vocals fronting sleazy riffs sounds interesting to you then I suggest picking up this blistering debut.