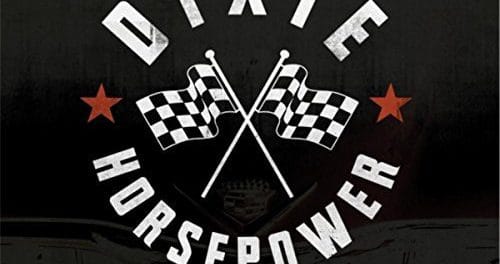 Review:
I’ll start right off the bat by advising that I have never been a country fan. However, in the last 20 years or so, and particularly with Canadian singer Shania Twain leading the way, country rock has made great strides and crossed over to mainstream rock. I have to admit that Twain‘s country rock compositions were quite good and I even have a couple of her most popular CDs. Nashville, Tennessee, USA used to seemingly be the capital of country music but again over the years, a real rock n’ roll scene has emerged and now, it could well claim to be the rock n’ roll capital of the world.

When I first learned of the band name Dixie Horsepower — which screams country — I was not that enthused but the fact that Tesla drummer Troy Luccketta was part of the project meant that I was at least curious to hear the band. As it turns out, Dixie Horsepower can really rock while engaging in their own brand of country rock n’ roll. One listen to the first track “Full Tank” had me hooked. With a solid guitar riff that has some country feel to it, the song keeps an upbeat pedal to the metal style throughout. Singer Kevin Lawson has a great voice and there are quite a few background vocals to back him up. While there is a definite country element to the song, I would deem it more a rock song with some country overtones rather than the other way around.

“Round And Round” has a little more country and blues elements to it than “Full Tank” but still rocks. I got to say that I am really loving Lawson‘s voice. It just seems to have the right amount of raspiness. “Good To Go” slows things down and is more country than rock. It’s like a fast paced ballad. While it’s a good song, this is where my attention strays a bit as there’s just too much country for this sleaze rocker. “Matter Of Time” is another slower tune that seems closer to country than rock. Again, a decent song but not the type of material that I gravitate to as a sleaze rocker. The EP closes with the country like rocker “Bad Attitude” which is probably the second best song after “Full Tank.”

Overall, Dixie Horsepower is an enjoyable EP. I could have done without the two slower paced country like tunes (“Good To Go” and “Matter Of Time”) but can recognize that they are two well penned songs. If you like well played straight up rock n’ roll with some country twinges to it, you’ll likely really like Dixie Horsepower‘s debut EP. It’s a surprisingly very good effort that you might not expect from the Tesla drummer and the rest of his bandmates.