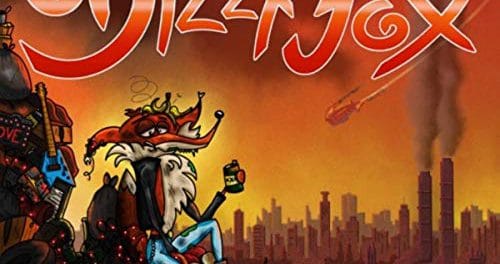 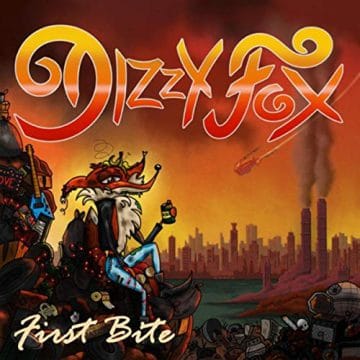 Review:
As I live and breathe, I still am flummoxed every time I discover a band that is not only new, young and fresh, but churn out some high quality period perfect hard rock n’ roll. Case in point is Bulach, Switzerland’s Dizzy Fox and the talking points of today is the band’s six song EP released last summer entitled First Bite.

Now the regulars to this fine site may recall Olivier posting a few news blips on the band’s 2017 self-titled EP and the three songs that are now included on this new First Bite EP (thank you) and the history of the band that started life under the moniker of Bite. In lieu of any confusions with any American band with the same name, the boys chose to re-brand.

“Over The Top” is the lead off track and the band’s first “official” video. The song is a well thought out, performed and written hard rock number with a guitar solo and chorus that won’t be forgotten anytime soon. The outra from the solo is a nifty little key change and I really dig the “Crazy Train” esque last few measures of the song. Next is another rocker entitled “Seems So Real” and this one has a massive rhythm riff with a favorite of mine, letting the bass play through without any guitar accompaniment. Lead vocalist Dario Flecklin unleashes a bit more on this one crashing into and through the ceiling with some supremely high notes and then layers in a good dose of harmonies. “The Only One” keeps pace with the first two being another uptempo rocker showcasing Criss Iron‘s drumming prowess with a killer off tempo meter, double bass work and fills that would fit right in on Skid Row’s Slave To The Grind album. Luca Frei and Freddy Christof create so much warmth, soul and power with their guitar work and the hooks are unrelenting as is the thunderous bass that rattles your fillings.

The back three of the EP are demos from the band’s self-titled from 2017 and they are, like track four, screams in your face. Wicked! The only notable difference on these three is Dario spends more time in the upper register with plenty of crystal shattering vocals and harmonies a plenty. The band is equally as solid here as well with plenty of tempo changes, catchier than catchy riffs and rhythms and the bottom end is represented better than any Kardashian. The production doesn’t falter either, certainly well done and period perfect but done so without losing any one piece and special focus places on bass and drums that you can feel, which is key.

As mentioned, “Wicked” is well wicked and “Bite It!” is another in the series of hard rock winners. The breakdown is well placed and period perfect for those that lived the ’80s and loved these elements in our hard rock numbers. “Spirit” wraps the EP and like the previous songs, is a well above average rock n’ roll number with a pattern of killer drum work (cowbell warning) and a dual guitar effort that has plenty of attitude and hooks to keep you humming well after your ears stop ringing.

As you’ve read and will invariably hear, Dizzy Fox and the lads that make up the band are quite talented and know how to not only write a great arena rock song, they play as if they are playing for those arenas right now, very pro sounding with equal parts talent, attitude, passion and fun. If I had to try to make some comparisons, I’d say they remind me most of Heavy Pettin‘ and Black ‘N Blue (a cover of “In & Out of Love” or “Autoblast” would be amazing!). But I also get some Skid Row, Tesla, Tora Tora, Sweat F.A., Krokus and another now defunct Swiss band I reviewed way back in 2015 and fell hard for — Undone.

Standouts? All the above, but “Wicked” tickles me in all the right places as does “Seems So Real.” But the First Bite EP and all six tracks are timed just right, played to near perfection and none are to be missed, skipped or dissed. Another in the ever growing additions to Martinsane‘s Unknown and Must Own. I now sit and await the announcement that Frontiers has signed the band and a long play is coming in 2020. Here’s hoping for both for the band but I’ll settle for the long play.

Dizzy Fox‘s “Over The Top” video:

Dizzy Fox‘s “The Only One” single:

Dizzy Fox – The Only One