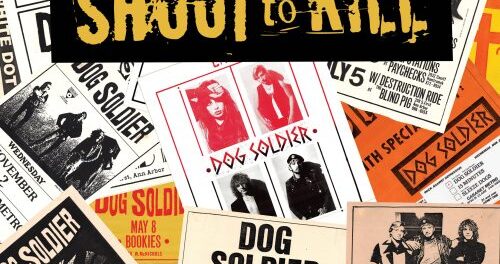 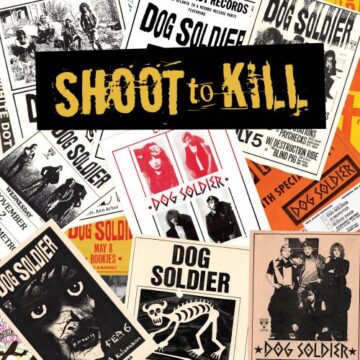 Review:
Detroit/Ann Arbor band Dog Soldier created a minor stir in that area with their debut in 1988 but had disappeared apparently off the face of the planet before the completion of this follow up two years later. However, the genial folk at SMTM Records have seen fit to re-master and release it thirty-odd years later.

Opening track “Obsession” takes a while to get started but once it does, we have a spiky styled track that still retains its demo-like status making it not quite the attention grabber it was possibly meant to be. By contrast, the plaintive and rather pretty “Stay Alive” seems more fully rounded, with a nice vocal performance and a swirling guitar. “Gypsy (I Thought I Told You) has the basics of a good song with a strong chorus, but is once again rather let down by the messy, unfinished status of the production. The atmospheric and oddly named “Tir Na Nog” comes complete with Debbie Harry style vocals and stylish guitar work.

We’re back to punk territory for the rather bland “The Road”, before settling into ’80s new wave with “The Censor” which has echoes of Wendy Wu / The Photos in both performance and feel, and the overblown and quite frankly tedious “Sanctuary” which at six minutes plus, certainly outstayed its welcome for these ears. “Eyes of England” is mercifully shorter but once again, the germ of a decent song is let down by an incomplete feel, despite another fine vocal. “When A Stranger Calls” is a driving, soundtrack styled song with a coldly threatening delivery, before the title track finally rewards the listener with some genuine, honest to goodness sleaze in what is very clearly the best song of the album.

Cristina Samonte’s vocals are never less than interesting and more often than not quite fascinating, and Matt Singleton’s guitar does exactly what it possibly says on the tin. The problem lies in the production, or rather lack of a final veneer across the whole album, which is a great shame as a lot of the tracks have potential to stand proudly alongside other late ’80s / early ’90s Detroit punk peers, were it not for that fact.

SMTM have also re-released the band’s 1988 debut Name Your Poison which, to be honest, is a far better album than this uneven, unfinished set and therefore a far better bang for your bucks. One would hope that both Samonte and Singleton have had some success elsewhere because this release is really only for those who wish to complete their Detroit sleaze punk archive and, even then, it  probably won’t get played that often.