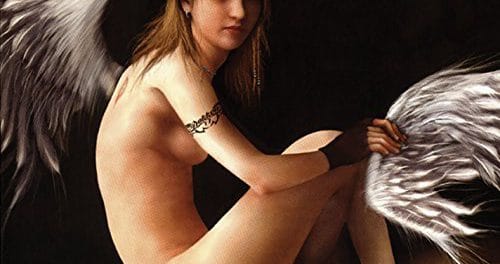 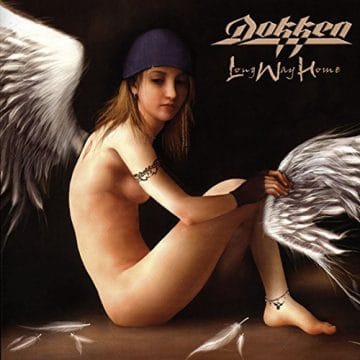 DOKKEN
LONG WAY HOME
Released on April 23, 2002 (CMC International for US, Sanctuary for Europe and Universal for Japan)

Review:
There are only a few bands for which I have bought every studio album — no questions asked about what it might sound like, etc. — as soon as a record is released. Dokken are among the very few bands in that category. Out of Dokken‘s entire discography, there have only been three instances or albums where I was disappointed, but not disgusted, by what I heard. Those three Dokken albums are Shadowlife (1997), Broken Bones (2012) and Long Way Home (2002). Given that today is the 15th year anniversary of the release of Long Way Home, what better time to revisit that album? Funny enough, a good ten years must have passed since I last listened to the record.

Long Way Home saw the debut of former Europe (at the time) guitarist John Norum. Give credit where credit is due to Don Dokken for at least always getting quality guitarists to fill in George Lynch‘s very big shoes. Dokken‘s prior album Erase The Slate had Winger guitarist Reb Beach and this time, Don Dokken was able to get Norum. While Beach‘s arrival coincided with a return to form for Dokken with Erase The Slate — which was probably the best Dokken album since Back For The Attack — Long Way Home sees the group regressing and is arguably one of the low points in the band’s career. While Norum does a decent job with his lead guitar playing on Long Way Home, the material for the most part does not really allow Norum to shine. For one thing, there are three ballads on the album with “Goodbye My Friend,” “There Was A Time” and “I’ve Found.” I get the feeling that if Lynch would have been part of the line-up, he would have put his foot down on having too many ballads. However, with Don Dokken likely calling all the shots with both Lynch and Pilson gone, it appears that the singer self-indulged with three ballads. This is not surprising considering Don Dokken‘s solo album Solitary, which came out six years later and which mostly contained material close to the ballads on Long Way Home.

Indeed, Dokken found themselves a long way from home or a long way from what they did best. You know you’re in trouble when the best track on a Dokken album is the group’s cover song of The Yardbirds‘ 1965 single “Heart Full Of Soul.” And that’s exactly what happens with Long Way Home. There are a few other decent tracks such as the engaging “Everybody Needs (To Be With Someone)” and the Dokken old school sounding “Under The Gun.” Although I would have thought that Pilson‘s vocals and harmonies with Don Dokken would have been sorely missed, new bassist Barry Sparks apparently did a great job in filling that void. The real problem is on the slower mid-tempo tracks where Dokken usually excel and separate themselves from the pack. The slower mid-tempo songs seem to lack those killer melodies that previous Dokken albums — I am thinking Back For The Attack and prior albums — had. It’s not for a lack of trying but the killer melodies just aren’t there for most of the songs.

The opening track “Sunless Days” has a good chorus but the lead up to the chorus could have used some extra work. Add in the rather bleak guitar sound on the track and it is one disappointing song to open a Dokken album. “Little Girl” has some good harmonies but that’s about the only really good part in the song. Out of the three ballads, none will come close to measuring up to “Alone Again” but they’re all pretty good with “There Was A Time” being the best of the three. Funny enough, the opening guitar riffs on “Magic Road” sound like Europe in the second half of their career. The common denominator is of course guitarist John Norum whose been a big part of Europe‘s resurgence in the last 12 years or so. While Norum is not out of place in Dokken, I much prefer the dynamism of Lynch or Beach in terms of their guitar playing over Norum‘s more conservative style.

Overall, Long Way Home is a decent album. It’s just not a spectacular album and fares quite poorly when you compare it to prior Dokken albums except for the grunge sounding and Lynch solo / Dokken album Shawdowlife. Dokken‘s Long Way Home is the type of album that I’ll listen to from start to finish once in my CD player but getting it there is the big issue. It looks like it may well be another ten years before I revisit that album again.