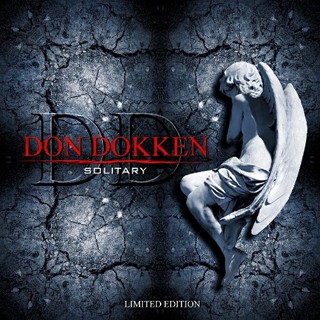 Review:
I was surprised when I recently read that Don Dokken had made a solo album that had only been available at select shows during a small run of acoustic gigs that the singer was doing while opening for Queensryche in 2008. However, upon hearing Solitary, I completely understand why the CD was never sold again — until now, but only in digital format.

Most of the songs on the acoustic Solitary are just terrible. It is not even comparable to Don Dokken‘s first solo effort Up From The Ashes, from back in 1990. That CD had a few really good songs and was semi-close to the Dokken sound, Solitary on the other hand offers dull boring songs that will further alienate Don Dokken from whatever fan base (including myself) that he has left.

For those of you lamenting in recent years that Dokken‘s voice is nowhere near what it was back in the singer’s ’80s heyday, it does sounds alright on Solitary. Perhaps it is because the singer does not have to hit any high notes on this album. The best song on Solitary is the first one, “In The Meadow”, which is about the only track on the entire disc that could have possibly found itself on a Dokken post-Erase The Slate release. Another decent one is “Where The Grass Is Green”, which has a nice chorus, but after the first three tolerable songs the CD takes a downhill slide and never recovers.

I was initially going to call the music on Don Dokken‘s latest solo offering ‘elevator music’, but even elevator music can have more pep, energy and speed than what Solitary offers. A better description would be ‘massage parlor music’, because if you take Don Dokken‘s vocals out of the mix the remaining musical arrangements sound like some of the dull listless music that you can sometimes hear at a massage parlor. If you take out the music and only keep Dokken‘s vocals, it sounds like he is singing lullabies to a baby.

For fans of the ’80s hard rock era, hoping that Don Dokken takes them back on a nostalgia journey, this is very, very far removed from that. Quite simply, the songs on Solitary should have never seen the light of day or simply been kept in ‘solitary confinement’.