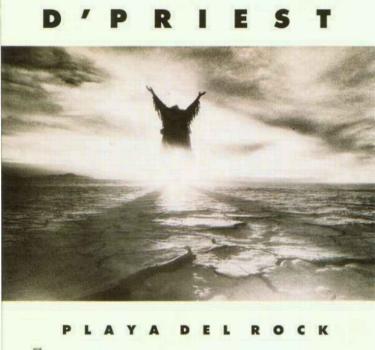 Review:
This is the third release by London, and also the only release under the D’Priest moniker. This band kicks ass with songs such as “Ride You Through The Night”, “Money Honey” and “Love Games”. There is also a nice ballad “Miss You” and the very poignant “The Wall (11-9-90)” about the Berlin Wall coming down. There is also a cool rendition of Nick Gilder‘s “Hot Child In The City”.

London/D’Priest at one time or another featured future members of Cinderella, Motley Crue, and Guns N’Roses. The band also appeared in the movie The Decline Of Western Civilization II: The Metal Years and their music was impressive. I don’t understand why fame eluded them because they deserved it. Playa Del Rock receives two thumbs up!