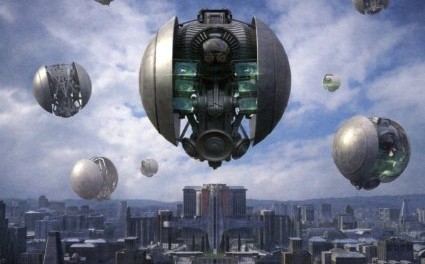 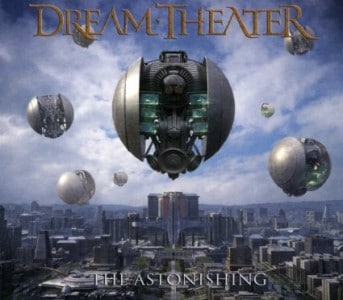 Review:
The Astonishing is the newest release from Dream Theater, a band I have been following for many years. This is one disc I have been listening to for a few weeks now and am trying to find the right words to do justice to. Dream Theater are a band I have liked pretty much from the beginning, before they got popular somehow when MTV of all places picked “Pull Me Under” and was able to get their name out to the general music audience. I have likewise championed them and the progressive metal style they helped create ever since. I’ve enjoyed all of their records. Some more, some less but they always have made music that appealed to me and I took it to heart.

Yet, this new record is taking me a bit to get into. There are 34 songs and over two hours of music, which is a monumental chunk, and so much that I haven’t fully gotten into it. I like it, even love it in some places, but there’s a LOT of music here to pay attention to. Dream Theater, the way I have always felt about them and their new music as well as the scope of this work demands that you pay attention and hear all that they have to offer. Dream Theater have in a sense entered a new part to their career. This album upon initial listen is more theatre than they have ever been. However it’s not quite as alarming as that might sound. It’s still very much them but not just them as a metal band… As they have from the get go, they are showing more diverse musical sides as ever.

Turned onto them by a friend in the late ’80s, I bought the first album When Dream And Day Unite and loved it but then they did little to support it and I figured they were gone to the legions of one record wonders. A few years later, that same friend came up with an advance cassette of Images And Words. So he dubs me a copy. Anyone out there remember dubbing cassette tapes from friends in your youth? My TDK cassette of the album got played to death and I was happily finding that I had found myself my own new favorite band. Images And Words to my ears is the perfect blueprint of what is possible within the progressive metal genre. From that record on, I have turned many people on to them. That’s part of what we do as music fans. We try to share the love we have of a certain thing and tell others all we can about them. In total honesty, that is the reason I am writing this right now.

I have in the past called them the band somewhere between Rush, Yes and Metallica with many other parts. Dream Theater have for the entirety of their career been criticized as a band who can play technically amazingly well but are not able to pen memorable songs. We all love the small catchy songs. I’ve never seen this as the case. On the majority of their albums, there have been a few songs that you could pick out and focus on. “Falling Into Infinity” is perhaps their most accessible songwriting album and also where they were urged by the record company to try and pen shorter more accessible songs that somehow might make it onto radio. The songs that are accessible for me just show another side of this band and what they are capable of.

They do tend to write long sweeping — even very self indulgent — songs and their audience has eaten that up for 30 years. They know what their audience wants from them and they keep playing to those cherished fans. Surely, they would like a larger audience and in recent years, they have grown their audience so much to the point of being nominated for a Grammy Award. There has been steady growth within the band both artistically and commercially. They have been able to do what they want and have kept those ever loyal fans happy for years

This time out, they take a new approach. John Petrucci set out to write a fully fleshed out story before even approaching the music. The Astonishing tells a story dealing with a society who has lost the joy for music and the way they find it again.

With 34 new songs and over two hours in length, it is likely Dream Theater‘s most ambitious effort to date and is quite the monster to listen to and absorb. Part classic concept album, it takes all that Dream Theater have done musically to this point and adds a few new touches which to my ears sounds better than ever and fresh. The lushness of the tracks reminds me of some earlier material Octavarium era. The addition of an orchestra and dare I say — a Broadway feel — to a few songs really help to set this aside as a unique record. The voice of James LaBrie has never sounded better and the multiple softer passages are for me where he really shines. Drummer Mike Mangini is a bit more behind the song on this release playing just what the songs need. Mangini has on the last two releases been very impressive fitting just perfectly in the band. Bringing top notch ability and just the right feel to the songs, he is capable of astounding playing and has easily fit into one of the toughest spots to fill in the music business. John Myung is once again a quiet yet extremely solid member holding the band together. Jordan Rudess and John Petrucci as always shine both through their playing and songwriting, They have connected musically on a level that continues to amaze me.

In closing, I do like this album a lot and I know it will grow more and more on me as I continue to listen to it. There’s just a lot there to take in for the sake of this review. I look forward to possibly catching the live show and I am intrigued as to what the next chapter in Dream Theater‘s career will hold.