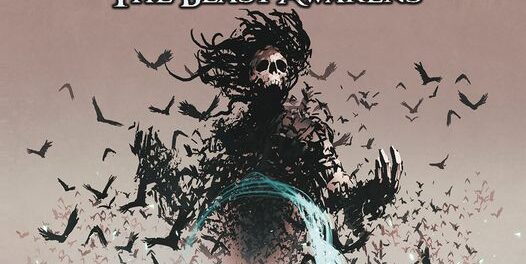 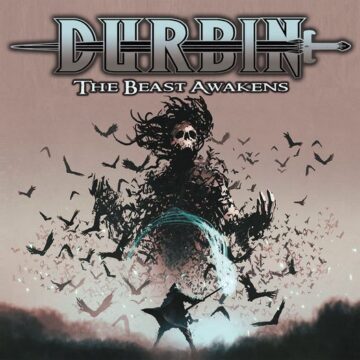 Review:
After one of the roughest years for every music fan came to an end, 2021 has begun with some promise. While we’re not yet in concert halls enjoying an adult beverage and enjoying the live crowd experience including overzealous dudes acting their shoe size, and not their age, and women of various ages in a variety of alluring tight apparel, we do have records coming out that at least awaken us from our quarantine slumber. Try reading that intro three times fast! While 2020 did give us new material from the mighty AC/DC and a memorable record from Steve Riley‘s version of L.A. Guns as well as a great album from girl rockers Thundermother and a super group album that I ranked the best of the year in the Robin McAuley fronted Black Swan, as a whole, the whole year just sucked. It could not be rescued. This year, 2021, could very well turn out the same way. But, looking at the glass half full, at least the first two months of the year have given us at least three great hard rock albums. I speak of the two I recently reviewed, Wig Wam‘s Never Say Die and Kickin Valentina‘s The Revenge of Rock. And, the third? Durbin‘s The Beast Awakens!

James Durbin is best known to our audience as the “kid” from American Idol about a decade ago that actually likes and performs rock and roll music. Others might remember him as the man who fronted Quiet Riot for their final two albums  — Road Rage and Hollywood Cowboys. Regardless how you know him, you know that James Durbin‘s soul belongs to rock and roll. So, after departing Quiet Riot before the passing of Frankie Banali to pursue his own musical ventures, it should be no surprise that James Durbin would come back with a vengeance. This is that vengeance.

Just after he was the third runner up on American Idol or whatever number he was runner up, James Durbin‘s debut album was recorded. When talking about the vibe of the album, Durbin insisted he wanted the album to have a “Dio vibe.” Well, that album didn’t. His self-titled album was largely pop rock ditties that weren’t true to who he was or what his fans wanted. There were exceptions. “Outcast”, for example, featured Mick Mars on guitar and was a Mötley Crüe like rocker which Durbin pulled off fantastically. But, for the most part, the album missed the mark to appeal to the hard rocker in me that wanted to like it. The Beast Awakens — James Durbin now calling his band Durbin — is what that American Idol release should have been. I’m not saying it is my kind of music. I tend to casually like the European heavy metal scene but get fed up with the pretentiousness of it. This album is very much in the realm of Judas Priest, Iron Maiden, and Dio era Black Sabbath. Do I like it? Absolutely. But, I’d rather have a little more sleaze in the mix than pokes at religion.

“The Prince of Metal” is a very ’80s Judas Priest sounding track. Before they were releasing overly long multiple disc albums about dead Frenchmen and boring live audiences to sleep while performing the whole album live (worst show I ever saw was Judas Priest in 2005), Judas Priest were the Metal Gods! Well, Halford was anyway. Durbin, who performed with Halford on American Idol, may have found his nickname. The Prince of Metal! I can go with that. “King’s Before You” is up next and features pro wrestling legend and Fozzy frontman Chris Jericho joining Durbin. It should be noted that Durbin is a huge wrestling fan so this just fits perfectly. The song is very catchy. What is it about? No idea. Can’t relate to the lyrics at all. But, two of my favorites blowing out their vocals on a catchy track? I’ll forgive the pretentious lyrics.

“Into The Flames” is a very melodic rocker that sounds a little more natural for Durbin coming off his Quiet Riot run. Yet, it sounds more like another QR band – Queensrÿche. I really dig this track. “The Sacred Mountain” is next and if Durbin wanted to sound like Dio, he achieved that goal with this one. Very cool to hear James come down out of the sky with his vocal range and deliver in a more Ronnie James Dio way. As for the lyrical content, if Durbin never says the word “sacred” again on an album, it will be five minutes too soon. The pokes at religion that many metal bands did to flirt with sacrilege to shock people isn’t the case anymore. Sadly, and I’ll not go any further with a political or social view than this, religion isn’t as coveted and protected as it was in my youth. So, the constant pokes feel outdated and occasionally verge on being lame.

The title track The Beast Awakens is a heavy track that basically describes the whole album for me. Catchy, musically strong, good hooks. But, doesn’t hit me in the chest where I’m like, “I know what he was feeling when he wrote that.” This doesn’t mean I don’t like it. It just means I like more about life than poking at religion that almost comes off sci-fi more than anything. My favorite track on the album is “Evil Eye.” It is so well written and I can feel a little bit of what James Durbin was feeling when this song was written. I can relate. And, the chorus is totally haunting. Somehow, and by no attempt I’m sure, I’m reminded of Ashley Massaro‘s WWE Diva’s Search theme. This song nails it for me. “Necromancer” is up next. Is this a cover? I think I’ve heard it before? Not bad. It is followed by “Riders On The Wind” which has a very Black Sabbath “Heaven And Hell” era feel, once again Ronnie James Dio. Nothing wrong with that at all!

“Calling Out For Midnight” sounds like a track I’d go wild for but it is just OK. It is a fast paced rocker. For some reason, I can hear Rog from Trick or Treat reading off song titles like “Fuck With Fire” when typing this part of the review. If “Evil Eye” is my favorite track on the album, “Battle Cry” is my second favorite. It is totally different than the rest of the album in its presentation. Softer yet still hard rock. More harmony and melody. And, though it stays in that Comic Con Cosplay realm a little bit which is not my side of town, I love this one. It is killer. “By The Horns” is a total banger. Nothing on the album flirts with sleaze. But, the vibe on this one comes closest. Therefore, I like it! “Rise To Valhalla” concludes the album. It explores more of Durbin‘s lower register. But, again, the lyrics are more about demons and super ghouls and ghosts and less about life. Eh.

Overall, the album is a heavy metal album that feels like it would be more in the realm of King Diamond, Judas Priest, and Ronnie James Dio era Black Sabbath. It isn’t bad. It just isn’t as well rounded as I had hoped for. Part of the reason I like sleaze rock — hair metal if you will — is the songs are about life. Sure, a good number of those songs are about meeting and or banging a chick. But, anyone who tells you that is all those songs are about is a hater and not someone who has ever given the genre much of a look. While I have more than my share of Iron Maiden albums, I find I listen to those albums less and less as I get older. I find songs about life stick with me more than songs about historical battles (not much of that found here) or about the apocalypse with vailed attempts to sound pseudo religious. The content stays very much in that sci-fi realm about demons, the devil and evil. I don’t know. As much as I like “Shout At The Devil”, I also like “Home Sweet Home.” As much as I like Judas Priest singing about whatever their latest super heavy, less melodic subject is, I like “Living After Midnight” more. I love James Durbin. I like this album. But, I can’t say I love it.