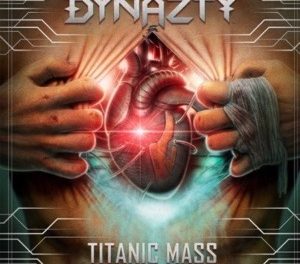 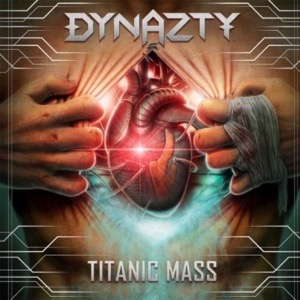 Review:
The five guys from Dynazty formed in Sweden around 2008 and have issued four studio albums within six years of extensive touring, primarily in Europe and Asia. 2016’s Titanic Mass represents the next logical evolution of the band.

2012’s Sultans of Sin was more or less straight ahead cock rock.  Sleaze Roxx said of that record “Right from the beginning chugging riff … you know what kind of album this will shape out to be — a true hard rock outing, paying dear homage to the flawless 1980’s. The sleaze-soaked verses and energetic chorus of the opening track get things moving in a fine manner.” 2013 saw Dynazty move in a new direction, shedding the mantle of hard rock and moving more toward an experimental new heavy sound with the record Renatus. Titanic Mass is more along those lines; a heavy album exploring elements of symphonic and prog as it goes along.

The production is excellent, and the band is tight. There is some great guitar work by Love Magnusson and Mikael Lavér, and Georg Härnsten Egg’s drumming is solid. Probably the highlight of the performance though is the vocals by Nils Molin. His voice soars over anything and everything that is going on with the music. He commands attention.

“Untamer Of Your Soul” and “Crack The Shell” are flat out ugly, banging tunes. Or at least “Crack The Shell” starts off that way, then gets into a synth-driven verse and falls apart in my opinion. I am not a fan of a keyboard that interferes with a good guitar line. And, while tracks like “Break Into The Wild”, “Human Paradox” or “Titanic Mass” might catch your ears’ attention the first couple of listens, it all kind of blends together after a while. There doesn’t seem to be much holding me to sticking with the individual songs, and as a collection, I find myself tuning out and turning off.

I’m not saying that Titanic Mass is a bad album by any means. Dynazty are offering a heavier and more focused version of melodic hard rock than it has done in the past. Dynazty have evolved into this newer, more refined sound, and good for them.