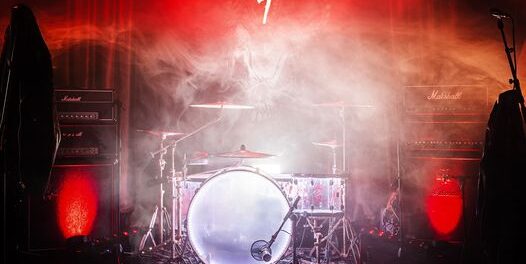 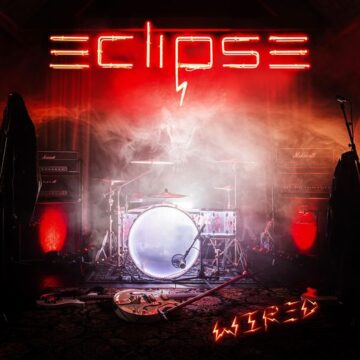 Review:
With Airbourne and Steel Panther delivering disappointing studio albums with their last respective releases (Boneshaker and Heavy Metal Rules) compared to their prior outputs, one band seems to seemingly get better with each new studio album, and that’s no easy feat when your last studio record finished at #1 on the Sleaze Roxx’s Top Ten Albums of 2019, #10 on the Sleaze Roxx Readers’ Top 20 Albums of 2019) and #7 on the Sleaze Roxx’s Top 12 Albums of the Decade (2010-2019). Eclipse simply continue to release one excellent album after another despite their last record Paradigm being seemingly the pinnacle of the group’s career when it was released. The great news is that Eclipse‘s latest studio album Wired is just as good, if not better, than Paradigm.

I knew as soon as I listened to Eclipse‘s first single “Saturday Night (Hallelujah)” from Wired that the band was poised to deliver yet another great record because the new single was so catchy and easy to sing along to. It is easily one of the best tracks that Eclipse have come up with and right alongside the stellar “Viva La Victoria” from Paradigm. What sets Wired a little bit apart from Paradigm is that there is another sing along classic on the former with “Dying Breed.” I can’t believe that the song wasn’t one of the first four singles off Wired but that just shows you the depth of the album since the first four singles –“Saturday Night (Hallelujah)”, “Bite The Bullet”, “Twilight” and “Roses On Your Grave” — are all good to great. Wired does take a little dip with the fourth track “Run For Cover” but comes back strong with arguably Eclipse‘s best ballad ever with “Carved In Stone.” It just feels like there is so much emotion conveyed by frontman Erik Mårtensson during the song. It is goose bumps material.

I’m not a big fan of ballads but surprisingly, I am really liking not one but the two ballads that Eclipse have offered up on Wired. I’ve already mentioned how special “Carved In Stone” is and the other ballad “Poison Inside My Heart” is no slouch either. Once again, Mårtensson conveys lots of emotions while delivering the goods to make the ballad special and worth listening to time and time again. Although “Bite The Bullet” was chosen as the second single, I actually find it’s one of the weaker tracks off Wired. It’s not a bad track but seems to miss the mark a little bit with the monotone “Bite The Bullet” and the slower parts in the middle of the song. Perhaps it’s the type of more progressive or more complex song that Eclipse are inclined to explore but it just doesn’t resonate with me like many of the other tracks off Wired. “We Didn’t Come To Lose” and “Things We Love” get back to what Eclipse do best and will have you singing along in no time.

Perhaps in order to encourage their fans to purchase Wired in both CD / digital and vinyl formats, Eclipse have included a different bonus track depending on which physical medium that you purchase their album on. Being a CD guy, I got the bonus track “Dead Inside” but the vinyl version has the song “Ain’t No Fun” instead. Unfortunately, the latter track does not seem to have been uploaded onto YouTube, which is my main way of “streaming” or listening to songs digitally so I may need to take the plunge and purchase Wired on vinyl as well. In any case, Wired is such a great album that I feel that it is more than justified to have the album in both CD and vinyl formats. I tend to have both versions of an album when there is one that I really like with the last one dating back to The Lazys‘ Tropical Hazards, which finished at #1 on the Sleaze Roxx’s Top Ten Albums of 2018 and #2 on the Sleaze Roxx’s Top 12 Albums of the Decade (2010-2019). You get the picture….

The great majority of the songs on Wired are in some ways similar to what you might expect from AC/DC except in terms of what Eclipse have to offer. Just like AC/DC are known for not reinventing the wheel with their brilliant but simple “three chord” songs, Eclipse seem to deliver similar albums filled with songs with one catchy chorus after another, great melodies and just generally upbeat feelings. It’s hard to feel down in any way when listening to Eclipse and Wired is no exception. Amazingly, Wired is Eclipse‘s eight studio album and sixth really strong studio record in a row after Are You Ready To Rock (2008), Bleed & Scream (2012), Armageddonize (2014), Monumentum (2017) and Paradigm (2019). Is there a more consistent group than Eclipse at this point in terms of delivering top notch records time after time? At this point, I don’t think so. If you liked Eclipse‘s previous albums, you’re likely going to love Wired. If you’ve never gotten into Eclipse yet, Wired is a great way to discover one of the best bands of the last 15 years.

Eclipse‘s “Roses On Your Grave” video: