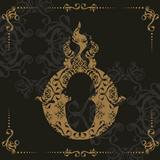 Review:
Recruiting vocalist Jesus Trujillo was a stroke of genius for Eldorado. There was nothing wrong with the band’s 2008 debut En Busca De Eldorado, even if it was sung almost entirely in Spanish, but this release is better in almost every possible way.

Aside from the vocals, the other element of Eldorado that seems to have improved is the guitar licks by Nano Paramio. This guy was good before, but has stepped things up another notch. The one-two punch of “The House Of 7 Smokestacks” and “The Rocket Song” prove to be an excellent way to kick off a CD. “The House Of 7 Smokestacks” starts off with a vocal/drum dual before a quiet riff joins in and the song begins to take off. It is songs like this that make Eldorado sound like seasoned professionals, instead of relatively new upstarts – famed producer Richard Chycki may have had a hand in that.

I realize that the riff to “Free (A Chain Reaction)” was ripped directly off Deep Purple‘s “Burn”, but that doesn’t take away the energy that this song possesses. Besides, Eldorado covered “Mistreated” on their debut CD, so to say they are Deep Purple fans would be an understatement. I also like the mood the band has conjured up with both “Atlantico” and “Tarot TV”, which could have been something Bonham dreamed up twenty years ago. Throw in a wicked rendition of “I Don’t Need No Doctor” and this CD is the recipe for success.

The bottom line is that Trujillo has a killer rock voice that perfectly fits into Eldorado‘s roots metal. Golden captures the raw sound and energy of 70s metal legends like Led Zeppelin, Deep Purple and Rainbow, yet delivers the sound with a crystal clear production. These guys are really starting to find their niche, and I only expect them to get better and better. Apparently this release is also available in a Spanish version (called simply Dorado), so Eldorado hasn’t forgotten about their hometown fans – you have to love dedication like that!