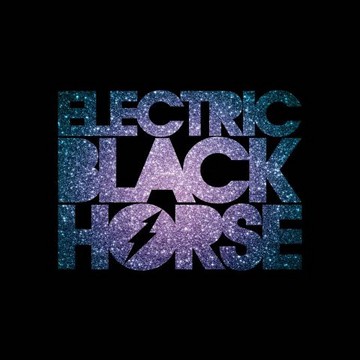 Review:
New York City rockers Electric Black Horse have released their debut self-titled album. A lot of new bands are claiming to ‘bring back glam rock’, and very few understand what this means… or are unable to deliver. So I was pleasantly surprised when I listened to Electric Black Horse and heard a fresh sound that reminded me of the New York Dolls, with a modern day twist. My other takeaway? This is an album that is meant to be listened to all the way through. During a time of ‘download my single on iTunes’, I’m excited to report that Electric Black Horse have put together a collection of catchy glam/punk tunes that complement the overall sound and songs on this album from start to finish.

The album kicks off with the straight-forward rocker “Capricorn Girl” — this is the first single (and video) and makes the point that rock and roll doesn’t have to be too serious and still kick ass. “Roses” and “All Over Now” follow the lead song and really sets the pace for the rest of the album — glam infused with punk, and sleazy rock and roll riffs, with simple, but clever lyrics. “Koke Rock” is another catchy tune that captures the sound of The Rolling Stones meets the streets of New York City. In “Cheap Party Favors” Michael Pate nails the vocals with a slow punk groove that is either an ode, or warning, to those looking for Hollywood dreams. Pate doesn’t mince words in “Birthday Bitch”, a downtrodden wish with lyrics “Happy Birthday baby, I really don’t care” and repulsion toward consumerism throughout (I suspect there’s a personal story behind the song). The ballad, “Forever”, ties everything together and closes the album nicely.

If you’re looking for eighties glam style stadium rock, this isn’t for you. However, if you like sleazy seventies riffs then Electric Black Horse is a band to check out! This is an album to play when you wake up, are riding the F-train to work, or are getting ready for a night of debauchery — just make sure to leave enough time to play the whole album.