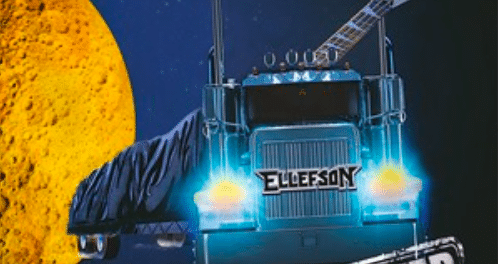 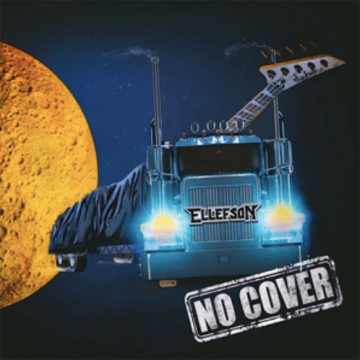 Review:
Amazing ideas should never be held back from fruition, or albums like this just aren’t possible, especially today. But have no fear because David Ellefson and his band – Ellefson, brought in some A-list metal guests and really pulled off an incendiary classic album for the books on – No Cover. The type of album that does the business to fill the void during the lockdowns, but also sticks to the ribs for life because if I remember one thing during the year 2020 it will be the music releases that weathered the crisis and did not let their plans to release stop a good thing.

I have always been a fan of Megadeth, but more recently have taken a liking to David’s band with Thom Hazaert on vocals, so this album was anticipated from the time I heard it was coming out. The band tend to feature different players with some in-particular that blow me away, and the vocals of Hazaert are also featured here along with many others, but he should get credit for rocking these songs so well himself up front. They give you a chance to hear him sing outside the box and he aced this album. Kudos for the production as well, done by Ellefson and Hazaert, the two are EMP Label Group and band mates.

The sleeve art is a throwback concept created by Melody Meyers, with a respectful nod to Def Leppard’s – On Through The Night, which immediately gives an idea what this variety of cover songs is like although it also contains some very pleasant surprises. The tracks kick off with the Judas Priest cover of “Freewheel Burning” and within seconds this album is pretty much over. I was immediately taken back to the original version which was also an album opener. The vocals are helped by the inimitable Jason McMaster. And it just gets better as it goes, featuring guitarist Bumblefoot and an army of others backing them with the bass of Ellefson pounding throughout.

Other tracks include “Tear It Loose,” “Love Me Like A Reptile,” “Holiday In Cambodia,” and the amazing version of “Rebel Yell” which is a must hear. Once again, the vocals of Hazaert feature very well on this surprisingly excellent version. “Wasted” by Def Leppard is a treat as well as the monster version of AC/DC’s “Riff Raff” which comes with a video, also shot by Melody Meyers. By this time if you are not blown away, you’re too old, and it is not going to get any better, so it comes highly recommended for metal and classic rock lovers, as well as the harder rock fans. Not to mention the global label support behind it, including German and Japan.

“Not Fragile” by Bachman Turner Overdrive gets a crazy workout by Bumblefoot on guitars, which takes it completely over the top. Respect! And then there’s my favorite number, “Eat The Rich” with Christian F. Lawrence of Dead By Wednesday on drums, just one of many great players on this album that just make it worth endless spins. “Over The Mountain” by Ozzy makes it all the more heavy, and it also contains versions of “Beth” by KISS and another one of my favorites “Say What You Will” by Fastway. This album is a superior rock ‘n roll ride through the past with all the modern edges to make it the best produced album of the 2020 lockdown for my money.