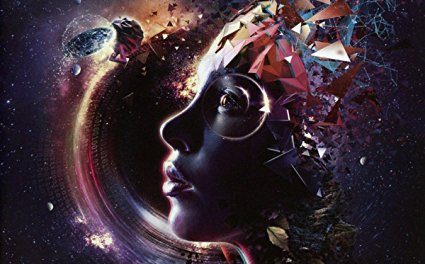 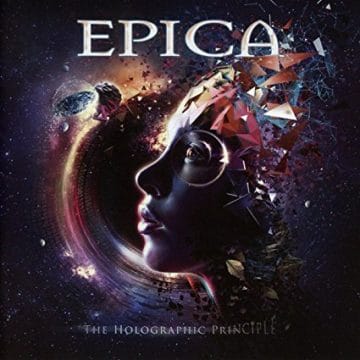 Review:
Initial disclaimer — I like Epica, A LOT. I’ve heard some criticism about them for falling into a formula for their albums but, as truthful as this statement may be, what’s there to say when that formula is unique and of their own making. Yes, they have maintained a similar path since Design Your Universe, but there’s no other band out there doing this kind of music with so much sonic tapestry, and The Holographic Principle is further proof of that.

Of course, having Simone Simons as a singer doesn’t hurt. She’s got the looks and a shitload of talent, to the point that she has become a paragon of lead female vocalists in symphonic heavy metal. Her powerful yet sweet classical singing voice can easily supersede the music, even when it gets heavy and fast. She’s one of the key elements of Epica and I don’t even want to think about what would happen if she ever leaves the band. Mark Jansen’s guttural growls and the fabulous playing from the rest of the band provide the perfect melodic counterpoint.

Whit this album, Epica continue their scientific approach to lyrics, this time exploring the holographic principle, which basically states that the universe that surrounds us is not real, that we all live in a gigantic computer simulation, in an experiment. There’re quite a few supporters of this theory out there. It’s an interesting subject if you care to take a look.

As it has become their trademark, Epica‘s approach to their music continues using the principle that bigger is better, and they keep throwing every element into their music. Vibrant vocals, virtuoso musicianship, maximum energy and, symphonic, classical, orchestral, operatic, and almost every other kind of metal genre you can think of, they all come into play at some point or another during The Holographic Principle.

But on to the music now! The album opens with “Eidola” — a sort of intro that warms things up for the slightly poppy and upbeat “Edge Of The Blade” and the dynamic “A Phantasmic Parade” which both feature Simone’s great range, from her soft and crisp singing to her full on operatic power, while Jansen’s trademark death metal-style guttural growls provide a counterpoint.

The album moves on to the single, the Terminator/Skynet inspired “Universal Death Squad” which is a track that captures the essence of what Epica is all about — a full-frontal symphonic metal attack with manic drums, thrashy guitars, and booming bass alongside orchestral elements with over-the-top choral vocals.

“Divide And Conquer” is one of the heaviest songs on the album and features some great back-and-forth between Simons and Jansen. “Beyond The Matrix” mixes it up with some had rock elements and then comes the violin and strings on “Once Upon A Nightmare” but that doesn’t last as the band quickly cranks things back up to full intensity with “The Cosmic Algorithm.”

“Ascension – Dream State Armageddon” is slightly more gothic, and “Dancing In A Hurricane” mixes some middle eastern and folk elements for good measure. “Tear Down Your Walls” slows things down but only for a short time as it transforms into another full-on symphonic metal attack by the end. The 11-minute epic “The Holographic Principle – A Profound Understanding Of Reality” finishes things up by bringing every style back and mixing them up together once more.

This is another astonishing album from Epica, which is among my top records of the year — no doubt. So, yeah, Epica are a long-time favorite of mine, but they don’t rely on past accomplishments to stay there. Instead, they continue to outdo themselves by taking their music even further with efforts like The Holographic Principle.

Track List:
01. Eidola
02. Edge Of The Blade
03. A Phantasmic Parade
04. Universal Death Squad
05. Divide And Conquer
06. Beyond The Matrix
07. Once Upon A Nightmare
08. The Cosmic Algorithm
09. Ascension – Dream State Armageddon
10. Dancing In A Hurricane
11. Tear Down Your Walls
12. The Holographic Principle – A Profound Understanding Of Reality