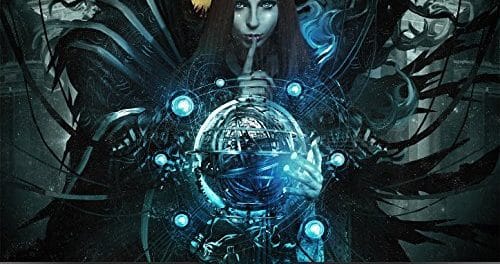 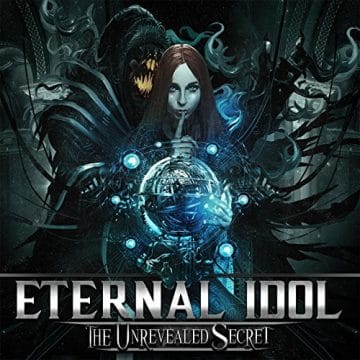 Review:
Eternal Idol are yet another super group from the ever productive Frontiers Records. This time around, the gathered forces for The Unrevealed Secret are ex-Rhapsody Of Fire and now Angra singer Fabio Lione sharing vocal duties with Hollow Haze‘s new female singer Giorgia Colleluori who brings along fellow band members Camillo Colleluori (yeah, Giorgia is his daughter) on drums and guitar player/keyboardist Nick Savio, and Andrea Buratto (Secret Sphere, Hell in the Club) on bass.

Eternal Idol feel like a reproduction of the formula created for the Kiske/Somerville project (also courtesy of Frontiers) but in this case, the music is (slightly) heavier combining traditional metal, hard rock and a few symphonic/progressive elements. I generally enjoy these projects from Frontiers although their future is always uncertain since more often than not, the main ‘stars’ are so busy with their individual bands (case in point: Fabio Lione) that they don’t really last very long, very rarely tour, or release records rather sporadically.

As it was the case with Hollow Haze, Savio is behind all the music and production but the lyrics are a team effort between Lione, Georgia Golleluori, and Savio himself. For the most part, Eternal Idol hit all the right spots of the genre making for an enjoyable listening experience. The project’s (or should I call it a band?) greatest feat is that the vocal styles of both singers compliment each other well since Ms. Colleluori‘s style isn’t of the expected operatic variety but of a straight metal nature, much like Lione‘s, which makes for a nice change from the usual.

There’s a lot of catchy, melodic songs on The Unrevealed Secret featuring some impressive guitar and keyboards work from Savio. The tracks are mostly good but the main highlights are at the beginning, them being the first single (watch the video below) “Another Night Comes”, “Evil Tears”, and “Is the Answer Far from God?” which all stand out from the rest. As a result, the album slows down toward its second half making The Unrevealed Secret feel too long. Ten songs with a run time of around 45 minutes would have been enough.

The Unrevealed Secret doesn’t break any new ground but does what it sets out to do competently and with class. So, if you like the genre, the aforementioned Kiske/Somerville project, or the other bands from the people involved here (Rhapsody Of Fire, Angra, Hollow Haze, or Secret Sphere), you will enjoy listening to Eternal Idol‘s debut album.

Subscribe To Be Alerted When We Add New Videos – http://radi.al/SubscribeFrontiers / From the album UNREVEALED SECRET. Get your copy NOW: http://radi.al/Eter…

Subscribe To Be Alerted When We Add New Videos – http://radi.al/SubscribeFrontiersFrom the album UNREVEALED SECRET. Get your copy NOW: http://radi.al/Eternal…