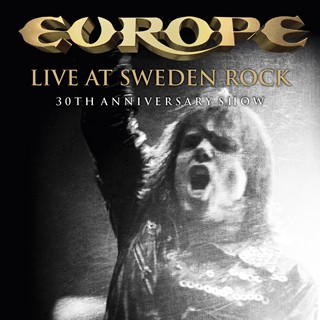 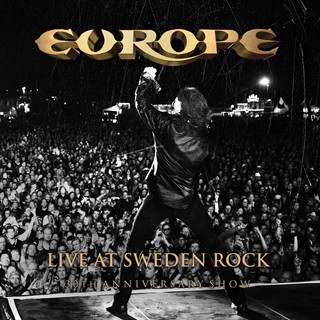 Review:
If there is one band that is making up for lost time, it has to be Swedish rockers Europe. Ever since re-inventing their sound — from commercially friendly hard rock to a mature ’70s era bluesy hard rock — after a 12 year absence, Europe has successfully navigated the second half of their career with a plethora of CD releases. This flood of material since 2004’s Start From The Dark — and I am not complaining — includes Europe‘s eighth (yes, eighth) live CD or DVD release, even though the band has only four studio albums during that time.

Eight live releases in 10 years — that is indeed the case! For those of you who are in disbelief it started with 2004’s The Final Countdown Tour 1986, followed by Live From The Dark, The Final Countdown Tour 1986: Live In Sweden – 20th Anniversary Edition, Extended Versions, Almost Unplugged, Live! At Shepherd’s Bush, London, Live Look At Eden, through Europe‘s latest live offering. I know that the band is also offering Live At Sweden Rock: 30th Anniversary Show in DVD format but given that I already have two prior live DVDs from the band, and that the double CD only option was a lot cheaper, I did not bother purchasing the DVD portion of the release and accordingly will not comment on it.

When I listen to Live At Sweden Rock: 30th Anniversary Show, Joey Tempest‘s vocals and guitarist John Norum‘s solos sound quite loud in the mix compared to the other instruments and background vocals and I’m not sure whether that is how the band actually sounded when they played that night. Given the long set of 28 — yes, 28 — songs, including the drum solo, your enjoyment of the CD will most likely come down to whether you like the tracks that Europe chose to play. It is not just about the hits on this show, although all of the band’s major hits are included, but Europe played at least two songs from each of their nine studio releases — except for Start From The Dark, which was only represented by one song. Surprisingly, the band played only three songs from their most successful release, The Final Countdown, compared to four each from Out Of This World, Last Look At Eden and Bag Of Bones. Europe also dug deep into their back catalog with “Paradize Bay” from their self-titled debut, dating back 30 years, and the title track from Prisoners Of Paradise.

The most enjoyable songs on Live At Sweden Rock: 30th Anniversary Show are simply my personal favorites and include “New Love In Town”, “In The Future To Come”, “Open Your Heart”, “Seven Doors Hotel”, “Rock The Night” and “The Final Countdown”. Yes, I do prefer the pre-reunion Europe material over the post-reunion songs, although I think that the band would likely not have been able to keep going over the last ten years had they played similar sounding songs as back in their heyday. Although Europe‘s covers of UFO‘s “Lights Out” and Thin Lizzy‘s “Jailbreak”, with guest performers Michael Schenker (on the former) and Scott Gorham (on the latter), are good, those songs could have easily been removed from the setlist in exchange for what I consider some regrettable omissions, such as the haunting riff based “Devil Sings The Blues” from Secret Society.

So why bother purchasing Europe‘s Live At Sweden Rock: 30th Anniversary Show? While Europe‘s latest live release definitely provides the most comprehensive collection of songs out of any of the band’s live albums, at the end of the day I prefer some of Europe‘s other recent offerings such as the more spirited Live! At Shepherd’s Bush, London and the different, but captivating, Almost Unplugged.