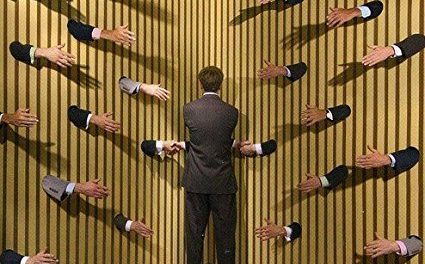 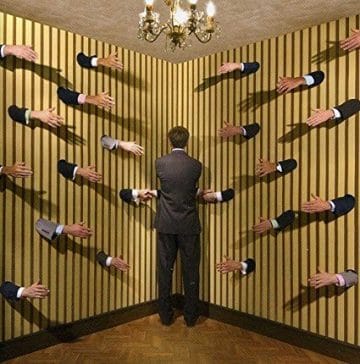 Review:
If there was any doubt that the reunited Europe had moved away from their keyboard heavy poppy hard rock of the ’80s and early ’90s, Secret Society firmly cemented this was now a totally different band. One look at the rather odd album cover told you that Europe had turned into more of a thinking man’s band than the casual happy go lucky rockers that they portrayed themselves as in their ’80s videos.

Secret Society is an interesting album in that there are really no songs that would qualify as a “hit single” in the vein of “The Final Countdown” or “Superstitious” but there are some great songs on the record and it flows quite nicely. Sure, at times, Europe experimented a little too much like on the opening title track “Secret Society” with its weird vocals and “Let The Children Pray” with at times its grungy feel. However, there are some solid melodic rockers on the album seasoned with some heavier guitar playing. Tracks like “The Getaway Plan” and Wish I Could Believe” are quite catchy at times and will remind you that Europe used to be one of the best at coming up with very catchy hook laden tunes.

I view Secret Society as Europe maturing and evolving very much like The Beatles did later in their career where they seemingly played and experimented with songs that pleased them rather than worry about making that next hit. In that way, Secret Society was a bit self-indulgent on Europe‘s part and likely lost the Europe fan from back in the ’80s and early ’90s. The only real common denominator to the group’s past was Joey Tempest‘s singing which was still very strong although he appeared to not overexert himself singing on this album. Secret Society is actually a heavier album with some cool guitar tones from John Norum who also provides some cool heavy riffs and once in a while an inspired guitar solo such as on “Love Is Not The Enemy.”

Although I find that Secret Society flows quite nicely, the songs themselves are a bit of a hit and miss affair. Some songs really work such as “The Getaway Plan,” “Always The Pretenders” and “Devil Sings The Blues” — the latter being the true gem on the album. Some songs are just kind of boring to listen to such as the slower “A Mother’s Son” and the title track. Overall, I have always found Secret Society enjoyable to listen to but it’s definitely not my go to Europe album and one which I have tended to overlook more than turn to over the years.

The official video for ‘Always the Pretenders’ from the “Secret Society” album (2006).Check out the brand new track ‘Walk The Earth’ from the upcoming new al…