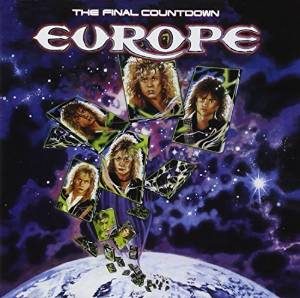 Review:
The Final Countdown was the breakthrough album for this talented Swedish quintet, eventually selling in excess of four million copies. Tunes like “Rock The Night” (#30), “Cherokee” (#72) and “Danger On The Track” really rock. Of course, it was the smash singles “Carrie” (#3) and the keyboard driven “The Final Countdown” (#8) that broke the album wide open.

Bombastic and slick pop metal, laced with Mic Michaeli‘s keyboards, was the sound created on The Final Countdown. The re-mastered version of the disc includes three bonus live tracks. Europe still reunites occasionally to do shows, but they were never able to match the success or over-the-top ness of The Final Countdown. I give this melodic rock album two thumbs up!