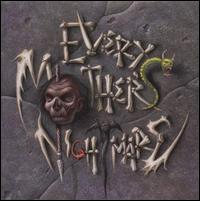 Review:
The debut effort from this talented Tennessee quartet was a good example of commercial hard rock. Songs like “Hard To Hold”, “Walls Come Down” and “Nobody Knows” really rock and helped push this album to sales of 400,000. There is also a good ballad called “Love Can Make You Blind” and a cover of the Charlie Daniels tune “Long Haired Country Boy”.