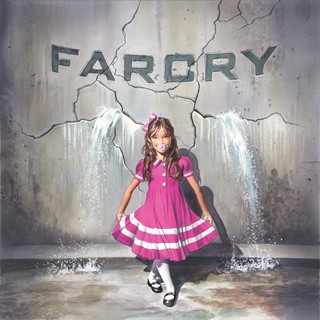 Review:
To be a successful melodic rock band one needs to possess a few qualities — huge melodies, larger than life production and memorable choruses filled with lush harmonies. FarCry have obviously mastered those traits, and by adding deadly guitar solos, could easily write a ‘Melodic Rock For Dummies’ book.

You almost get the feeling there was some tension within the band during the recording of Optimism, simply because singer Mark Giovi and guitarist Pete Fry are at their dueling best — if the vocals aren’t soaring the guitars are, and vice versa. Both have never sounded better as Optimism takes the sound of the band’s 2009 debut album High Gear and raises it to another level. Everything a melodic rock fan could possibly want has been served upon this platter (even keyboards that don’t completely dominate the tracks), and in turn it probably has similar artists like Danger Danger scratching their heads in frustration.

Take a listen to the song “Best Of Me”, and tell me this isn’t the best Giovi has ever sounded. Not to be outdone though, Fry responds with the band’s heaviest number “Too Hot To Hold”, a song that Lynch Mob likely wishes they had written — hell, George Lynch would be ecstatic is he could still write something as good as “Nothing You Could Do”. “Satisfaction” finds a happy medium and would be the logical choice for a first single while “Love At First Sight” is pure Danger Danger circa 1989. Finally, “Free” is one of those songs that define melodic rock as it builds itself up to the picture-perfect chorus.

I’m not a musician myself, so I have no clue how Pete Fry can squeeze such a crystal clear tone out of his weapon of choice, but he has climbed to new heights on this CD — while vocalist Mark Giovi makes the occasional strain on some of the higher registers sound as if they were done on purpose and sounds fantastic in the process. I don’t mean to single those two FarCry members out and ignore the accomplishments of the remaining members, it’s just that this duo have stepped up to the plate and created their best works to date. Unfortunately Giovi departed the group shortly after the release of this CD, so it will be interesting to see if the replacement can duplicate his majestic voice.

FarCry‘s Optimism is an exercise in what makes melodic rock so great when it is done the right way, as every song on this album just begs to be played in an arena rock setting. This disc is both impressive and memorable, and if it was still 1989 you could add commercial success!