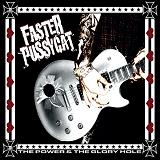 Review:
I never went crazy for Faster Pussycat. Sure they had some good songs (“Where There’s A Whip” and “House Of Pain” for instance), but I really wasn’t that much into their brand of sleaze rock. I found their music much too “skinny” and lead singer Taime Downe‘s voice never really got to me. Then the band basically ceased to exist somewhere around 1993.

Ten years after disbanding the band returned, with Taime Downe as the sole original member in the lineup. Three years later this new band decided to release an album under the Faster Pussycat name, and here starts the tricky part. The new album The Power & The Glory Hole differs from previous Faster Pussycat albums, while at the same time having a lot in common.

The sound here is basically nu rock – industrial like, and you can hear a lot of computers were being used in production. But there is some flavor in this CD that makes you believe that the songs were actually penned by Taime Downe. The lyrics are about all kinds of kinky stuff like domination, lubrication, masturbation and ejaculation (all these words are being used in one of the songs). Taime always had something going for S&M, and on this CD he lets us have it. The music though, being basically industrial rock, has a lot in common with 80s hard rock having similar tempos, hooks and some solos.

The hard part about The Power & The Glory Hole is if Faster Pussycat fans will enjoy it. You might like the sleazy lyrics and the hard rock tempos, but at the same time you may hate the industrial production.

As for me, this is my favorite Faster Pussycat CD to date. Kill me, but I like the songs better than the ones on previous albums. If you want to buy the CD, visit www.myspace.com/fasterpussycat, and listen to the new songs yourself.