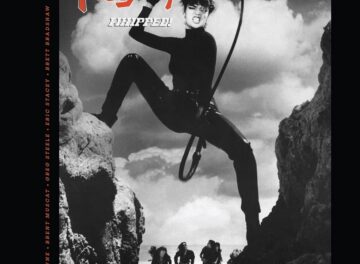 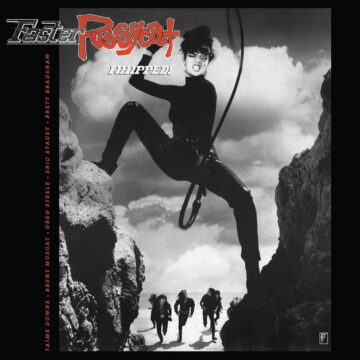 Review:
For well over three decades, despite the usual various line-up changes that rock bands tend to go through, Los Angeles sleaze rockers Faster Pussycat have remained a constant rock and roll presence in dirty bars and live music venues everywhere. While many of their hair metal counterparts have drifted to the wayside, Faster Pussycat have taken a sound that nods just as much to the swagger of 70’s Rolling Stones as to the raw glam and glitter of bands like the New York Dolls. Let’s face it, singer Taime Downe‘s vocals weren’t as sweet as most other 80’s vocalists but hey, that’s why we love ’em. Taime sang differently exuding a raw and forceful style that at times bordered on the edge of desperation. That’s why we all bought in when he told us about his “House of Pain” as much as we did about that ol’ “Bathroom Wall.” If you think about it, at the time, Taime and co. were about as different than the average hair band as Guns N’ Roses and again, that’s probably why they’re still around.

While they may have been a tad late to the L.A. rock and roll party, having released two kick ass records with their killer debut in 1987 and stellar follow up Wake Me When It’s Over in 1989, Faster Pussycat held out into the 90’s capping off their first rock and roll life with third release Whipped. While not as commercially successful as their first two, for many fans, Whipped stands as a cool bookend to their original run as the band continued to rock out sold out shows before breaking up for the first time the year after its release. Discouraged by sales? Only Taime can say for sure but just a little over half a decade later, Faster Pussycat were back and a welcome breath of fresh air after a few years of drop-d nu-metal and such. Faster Pussycat continue to rock and roll with Taime leading the way in celebration of great rock and roll including Whipped which this year turns thirty.

Now it can be argued that Faster Pussycat‘s third was actually not their worst having landed seven spots higher on the US Billboard album charts at #90 than their now classic debut and even scoring higher in Japan than sophomore smash album Wake Me When It’s Over. Yeah, the songs on Whipped might not be as familiar to general rock and roll fans as say “Bathroom Wall” or “House of Pain” or even “Poison Ivy” but it can even more so be argued that as a whole, they are just as good with each pretty much delivering the band’s sleazy rock and roll. Sure the sound of the delivery changed again but who wants the exact same album over and over? Elektra labelmates Mötley Crüe obviously changed over their first four records and we ain’t cried over that! Whipped was again loaded with cool rock and roll but with a little extra cream if you will and most of that made its way into the songs.

While again adding slight bits and new pieces to what in 1992 was their latest record, Faster Pussycat made sure to inject plenty of what fans had grown to love them for – straight up rock and roll. If anyone might have been worried at the time that the band might take some sort of Alice in Chains kind of turn, all fears were erased with kickoff track (and sole album single) “Nonstop To Nowhere.” Not only delivering that catchy Faster Pussycat sound made popular on Wake Me When It’s Over but also injecting that Stonesy swagger that made up most of the 1987 debut. It’s classic Pussycat, which also shows up in infectious sing-a-long rocker “Only Way” and “Jack The Bastard” as well as in heavier fashion on cool yet slightly more modern tunes “The Body Thief” and “Madam Ruby’s Love Boutique.” In some ways, you gotta wonder if Guns N’ Roses‘ more aggressive nudge on the scene hadn’t affected Pussycat‘s, giving their sound, even more attitude and energy and that’s not a bad thing. For my money, from the first record to the the third, there’s not a dud to be found in the Faster Pussycat discography.

Luckily, within this more straightforward edge can be found the group’s more playful tongue in cheek approach to rock and roll, curiously on funky thumper “Loose Booty” but more importantly, to better effect on “Big Dictionary.” Sure the former might throw a multi-vocal nod to “Babylon” but the latter harkens back to that first record in a better way with not only a cool rock swagger, but horns as well as killer cool clever lyrics. It’s a party all fun and all rock and roll. Taking it back full Rolling Stones style, “Friends” is a true rock ballad that while cool in ’92, would have been just as cool in ’82 and yeah, even a decade before that. It’s that rare mix of raw and sensitive that somehow still works and few bands can pull that off, Faster Pussycat being one of ’em.

Of the other tunes, “Maid In Wonderland” offers a tasty groove that works just as well for Faster Pussycat as it did for Aerosmith over 20 years earlier while “Mr. Lovedog” is a unique yet pretty cool tribute to Mother Love Bone singer Andrew Wood who had passed away a couple years earlier. “Out With A Bang” is a thumping rocker that finishes up Whipped on a solid note and honestly, of the twelve tunes. Only snippet piece “Cat Bash” can be considered a throw away. Actually, if the record ever gets remastered again, it would be my hope that it does get tossed away. Just almost two minutes of pointless nothingness.

Yeah, 1992 was a weird time for rock and roll. Hair metal was unknowingly on the way out and while many like to lay the blame on grunge, bands getting lazy and complacent are just as much, if not more, to blame for the kind of 80’s rock we all love disappearing. Yeah, a handful of groups got it when Guns N’ Roses laid the challenge down with the ever aggressive and much more substantial Appetite For Destruction. Some tried to keep the sugar flowing while others like KISS and even Stryper attempted to dirty their own sounds up to try and ride the grunge wave but luckily for fans not willing to just play along, for a minute, a few bands kept it real. Faster Pussycat were one of those bands and even if on the side Taime was leaning a bit more industrial, with Whipped, they gave 1992 another good shot of rock and roll. Who knows what might have happened had they had stuck around instead of taking a break? On the good flip side, we will always have that music and for the moment at least, Faster Pussycat showing up on stages to keep our asses Whipped. Not just Whipped… but good and Whipped.