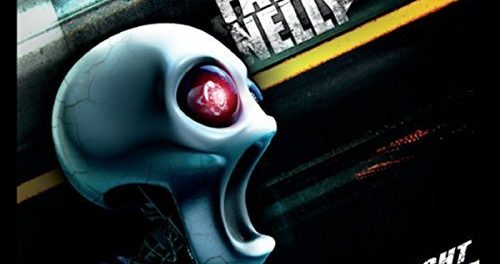 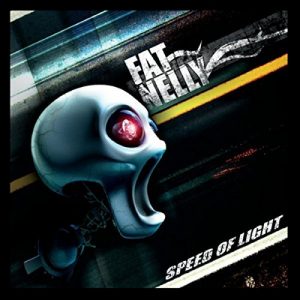 Review:
Formed in Helsingborg, Sweden in 2007 as a cover band, Fat Nelly quickly evolved into an original song writing hard rock/heavy metal band. The band recorded a five song EP in 2008 and fast forward to 2014, they released this two song “single” which is two fold good and bad. The good — two killer hard rock/heavy metal songs,. The bad — quite obviously after a first spin, only two songs.

“Speed Of Light” — A massive rhythm with subtle ’80s tinkling of Dio-esque keys and a shredding solo compliment the ten layer gang vocals and proficient lead vocals from Michalis Rinakakis and an all around excellent hard rock song that would have fit right into regular rotation in 1986 on KNAC.

“Darkness Is Falling” — If the likes of the solo efforts from Blaze Bailey and Tim “Ripper” Owens tickle you, than this track will split your gut wide open. Soaring lead vocals over a massive metal rhythm section bookend an amazing amount of proficient lead guitar work from guitarist Jan Björck. A tasty intro/build up that will send chills and a chorus that is quite reminiscent of Dokken‘s “Paris Is Burning.”

These two songs are an excellent example of what Fat Nelly are capable of musically. The production on these two songs is huge and will please even the exacting audiophile. It appears the band is still kicking around but no new recordings have surfaced as of yet. This writer is certainly placing fingers fully and firmly crossed in anticipation as if the boys in Fat Nelly can lay down eight songs for an album in the same vein and with the same power and precision of the two tracks on this single, than the industry and fans alike are in for a hell of a treat, indeed.

Like our Facebook page for the latest news: http://www.facebook.com/fatnellyFat Nelly is a Hard Rock / Heavy Metal band from Sweden!Michalis Rinakakis: Vocal…