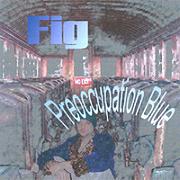 Review:
There is talk of members of Enuff Z’Nuff working with Fig on their upcoming release, which isn’t surprising seeing as Fig play a similar style of laid-back 70s influenced rock. It appears as if this is a one-man band, so there must be a lot of vocal multi-tracking to give the effect of the huge harmonies.

“The Good Together Brings” has been getting some internet radio airplay due to it’s made for radio style and 70s retro guitar sound. “Rock Singer” is saved by Fig‘s awesome vocals, especially when he drags on the word “tear” — cool stuff. “Time To Time” and “Hot Flashes” have the band cranking it up, in fact the later has a dark Rob Zombie feel. “Losing Streak” reminds me of what the Cult‘s “The Witch” would sound like if sung by Zombie or Alice Cooper.

If you are looking for a hard rocking album, look the other way, as this is an extremely relaxed radio-friendly pop-rock record. The vocals and music are great, and the band isn’t afraid to experiment. Fans of laid-back rock like Enuff Z’Nuff delivers should be impressed, check Fig out at www.mattfig.com.