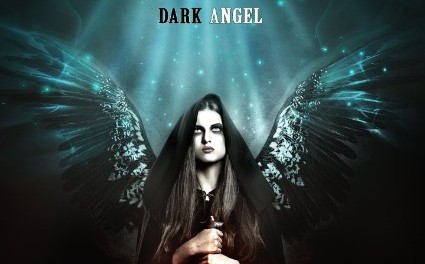 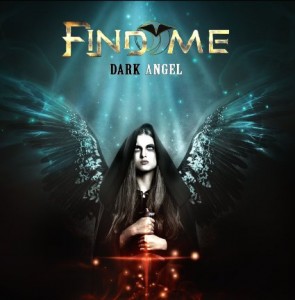 Review:
With one look at the album cover, I thought I was going to be getting into something that was heavy or thrashy. Typically bands that have this kind of image often play that style of music. So I was really taken back when I first put on the album and heard that Find Me‘s Dark Angel is a very synth/keyboard heavy album-oriented rock (AOR). I would say their sound is very similar to Journey, Night Ranger and Bon Jovi.

Dark Angel is the second release from a band that was put together by Serafino Perugino, Frontiers Records’ president. He recruited Daniel Flores on drums (Seventh Wonder, Issa and The Murder Of My Sweet) and Robbie LaBlanc on vocals (Blanc Faces). The group is rounded out with Soren Kornqvist on keyboards and Philip Lindstrand on rhythm and lead guitar.

I have to admit I was surprised by this album! I was not too impressed with the intro on the first song “Nowhere to Hide” but when the song finally kicked it, I knew I was in for a great album. This song was filled with great riffs and the melody to it just had me rocking out. That song got me hooked, and I knew I wanted to hear more. Then I got to the third track “Forever” and that’s a solid ballad to slow it down and still have that solid rock sound. This is a song and I was not expecting it to get my attention. When I heard this song, it started to get me think about all the albums I love and I am referring to the albums that have a combination of songs (heavy faster rocking songs and then a ballad or two). Then a little later in the album, I hear “Midnight Memories.” It has a memorable sound. This is the kind of song you feel the need to sing out loud when no can hear you! I was also impressed with Lindstrand’s guitar playing on this album. He has some amazing guitar solos that makes each song a standout on this album. He is another phenomenal guitar player that no one has ever heard of.

Find Me’s debut album Wings Of Love is a strong rock album but I really think the band took it up a notch on this one. I will say I am hooked and I think once you give it a listen all the way through, you will be too!