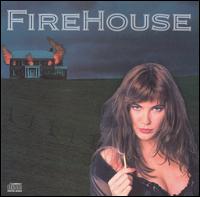 Review:
This is the debut disc from Firehouse, and this album was one of the last commercial successes of the late 80’s pop-metal movement (managing to go platinum). This was one of the more commercial “hair bands” in the early 90’s. They had hits with “All She Wrote” (#58), “Don’t Treat Me Bad” (#19), and the massive power ballad “Love Of A Lifetime” (#5).

Other rocking tunes here include “Rock On The Radio”, “Shake & Tumble” and “Helpless”. There is also a pretty instrumental called “Seasons Of Change”. I always thought this band was talented and am glad to say they still continue to tour, but on a much smaller scale. Fans of radio-friendly hard rock will love this disc, and I give it two thumbs up!