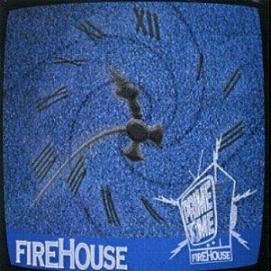 Review:
Often times I don’t know what to expect from a rock act that enjoyed success in years gone by. The need and desire to feel contemporary often leads to just plain poor albums–see Metallica‘s St. Anger (there is $20 I’ll never get back). But, I knew what to expect from Firehouse–a solid hard rock album.

And that’s what Prime Time is!

I picked up Prime Time through the band’s official merchandise section on their website and received it the day it was released internationally. I threw it in the stereo and cranked it up to make sure I heard it the way it is intended.

From “Prime Time” to “Let Go”, I was legitimately impressed. They made no efforts to sound alternative, boring, or rap–the three elements that most bands thrive for today, producing the very worst era in rock history. They sound like the Firehouse I know and love. And I do love!

Some songs to check out are “Let Go”, which is perhaps the best ballad I’ve heard in at least a few years. “Crash” has a definite AC/DC vibe and “Door To Door” is both a good song chorus wise and a fantastic guitar jam. “Home Tonight” is very “old school” Firehouse sounding while “I’m The One” is a pure blues-rock tune. “Holding On” is pure melody and “Perfect Lie” is my personal favorite song off the album. Metal riffs mixed with Foreigner sound, way cool!

So, if you get past the fact that the hair is a little shorter, the music is still rock and roll. It’s frightening to me that an album that is both heavy but stays true to a melody is now called “Melodic Rock.” I mean, shouldn’t all songs have a melody? Isn’t that part of what makes it a song? It annoys me that this album gets next to no airplay. It is a hundred times better than the pure unadulterated crap that is on the radio today. All I can hope is that the rumors of a rock revolution are true. Firehouse belongs at the top of the list of bands to enjoy that revolution!

If you like real rock and roll or have ever considered yourself a Firehouse fan, pick up the album either through their site or through Amazon. Whatever price you pay, it’s well worth it!