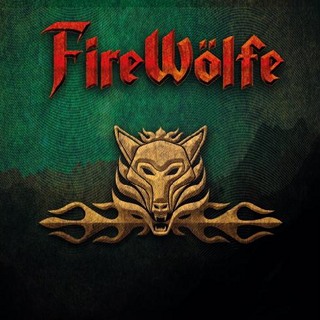 Production:
Produced and mixed by John Payne and Jay Schellen.

Review:
When Sleaze Roxx last caught up with singer David Fefolt he was riding high
with the critically acclaimed Angels Of Babylon and their debut album Kingdom Of Evil. Shortly afterwards Fefolt announced that he had joined the revamped Seattle based power-metal act Fifth Angel, and within weeks he proclaimed that he was leaving Angels Of Babylon — but promised that there would be more
music with yet another band. That band is FireWolfe, who has released their self-titled debut
album in a similar ‘under the radar’ fashion as Angels Of Babylon.

FireWolfe is a traditional, or classic melodic metal band, and are students
of metal as the influences of Judas Priest, Iron Maiden, Rainbow, Heaven & Hell,
and Accept are all well represented. In addition to the powerhouse vocals of David
Fefolt, the band features the twin guitar assault of Nick Layton and Paul Kleff — a
remarkable team that excel throughout this recording. The duo lay down neo-classical
licks, memorable power chords, and hot-headed solos. The rhythm section consists of
bassist Zach Uidl and hard rock veteran Jay Schellen on drums (best known for his work in Hurricane).

The choruses on this album are memorable, catchy, repetitive and have this ‘sing-a-long’ type quality to them — no matter how cheesy
they might be at times — and the hooks compliment the heaviness of the drumming and
riffing provided by the band. A couple of examples of this are the songs “Air Attack” and “Armed Forces” — I had visions of the film Iron Eagle part I through III (not part IV, that was just too cheesy) running through
my head while listening to them. “Unholy” is an outstanding track where the chorus sticks around for a tad too long, but it doesn’t detract from the
overall song. If you can get passed the slight lyrical nuisances you will enjoy the songs and this album.

What good is it if you’re in a power metal band and you don’t have your own ‘epic’
song? It’s mandatory that you have one, and for FireWolfe is it “FireWolfe” — one
of the better tracks on the album and sure to become a fan favorite. It’s like a rhythmic
rollercoaster ride and comes to a bombastic climax at the end with some Yngwie Malmsteen inspired
shredding. There’s one song on the album that is lackluster as “Wicked Words” comes off as rushed and forced –it simply doesn’t fit the flow of the album.

With FireWolfe we find David Fefolt surrounding himself once again
with quality players that write and record good music. The question is, does this edge out Angels Of Babylon‘s Kingdom Of Evil? The answer would be ‘no’, but this got reasonably close.