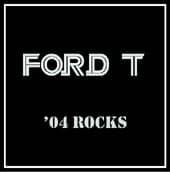 Review:
Ford T‘s mission is to bring the cock rock back into rock’n’roll, which is fine by me. Gritty attitude driven vocals, supercharged guitars and an aggressive rhythm section are always a welcome addition to my CD player. The boys also throw in a bit of punk, but not enough to piss of listeners such as myself.

With a heavy Danish accent, the vocals have that gravel-throated delivery that so many artists wish they could master. When Kasper Westeraa screams “hot love” and “goddamn” on the third track you could swear he uncovered Gene Simmons‘ long-lost talent. Everything on this four song demo is fast and furious, dirty and ruthless.

A lyrics sheet would be nice here, as I’m quite positive every song is about sex, drugs and rock’n’roll – perfect fodder for a sleaze band. A couple months ago I praised a new Canadian band called Stampede Queen, and Model T reminds me of them – a raw and rough version. Check these Danish rockers out at www.fordt.dk.