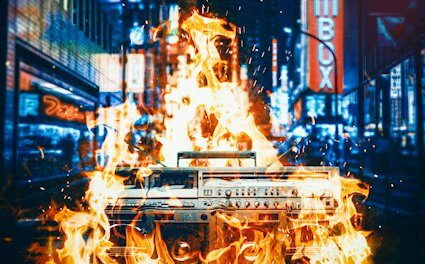 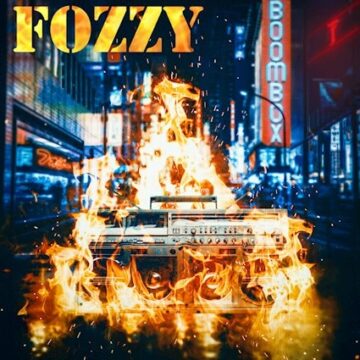 Review:
Wrestling and music have had a connection for many years, besides when wrestlers used popular songs as entrance music. Many wrestling fans may state the 1980s Rock N’ Wrestling Connection, where Cyndi Lauper and Lou Albano helped the big boom of events like Wrestlemania. Even Alice Cooper and Ozzy Osbourne made appearances at Wrestlemanias. On the other hand, wrestlers like Jerry Lawler, Terry Funk and Jimmy Valiant had records released, and of course, Jimmy Hart was a member of The Gentrys before getting into wrestling managing.

It’s no surprise that Chris Jericho would join the music business and has been putting out records with his band Fozzy for some time now. Jericho even wrote for the magazine Metal Edge at one time and used music references throughout his career in his promos. At first, I was skeptical when he first announced his band even though when I met him at a signing in 1998 when he was still in Ted Turner‘s WCW, he stated to me he wanted to do music in the future. I had a copy of Fozzy‘s 2005 All That Remains release but wasn’t too impressed with it, along with the band’s back story, which sounded like a wrestling gimmick that bands like Judas Priest “stole” their songs from Fozzy, almost like a metal Spinal Tap, along with Jericho creating a lead singer character called Mongoose. But the thing was after the silliness was done, the band started actually being taken seriously. Their last album, 2017’s Judas gained the attention of wrestling fans who sang the title song which is currently Jericho‘s theme song in AEW. Once I heard Chris and ex-Trixter PJ Farley (being a HUGE fan of Trixter‘s debut album) on the KISS-themed Shout It Out Loudcast “podcast recently, I was sold on checking out their newest Boombox.

The opening three songs are filled with solid drumming and driving guitar riffs with “Sane” (where the effects on Jericho‘s vocals aren’t far off from sounding like Ozzy), “I Still Burn,” and “Purifier,’ which has the guitar sound similar to Judas Priest, with lyrics bashing a person, possibly a religious man, who is a fake and points fingers at others without looking at their own lives first. “I Still Burn” has nice dynamics to the song, especially during the verses, and kicks up during the chorus with its mix of hard rock and a modern radio-friendly sound. The ballad “An Army of One” lets the listener truly hear Jericho‘s voice without being tucked into the sound with guitars. The orchestration is pleasant in the song, and for someone like me who liked ballads on records, it gives the audience a pause after the three up-tempo rocking songs. The positive lyrics discuss not giving up and living life without the fear of failing. Chris does an admirable job vocally on this song, which is one that surprised me on my first listen to the band in a long time (besides hearing Jericho do several KISS covers during the lockdowns).

“Ugly On The Inside” sounds like something from the 2000s with a Marilyn Manson-like vibe during the opening verses before getting to the chorus where it continues in the form of some of the previous songs. The bass playing can be heard more on this song by Marshall Coats. This mid-tempo chugging rhythm is nice coming out of the ballad, warming up the audience without going full heavy right after.

Another surprise for me is the cover of Frankie Goes To Hollywood‘s “Relax”, a song I honestly never cared for when it came out. I love listening to the pop music of the 1980s, but the song never did anything for me when it was released, but I enjoy this version. Yes, there is programming on the song, but it doesn’t hide the strong drum beat and guitars. The song fits with the album title, where those of us who grew up in the ’80s were cranking songs like this on our boomboxes. So why not cover a hit from 1984? “Nowhere To Run” has a more radio-friendly pop / rock sound to it, which, again, fits with the placement of the songs coming off of the cover of a pop song.

“My Great Wall” has heavier keyboards / programming, especially during the opening, and ironically a song about walls on a Jericho-led album, where his WWE intro music was called “Break Down The Walls,” is on here. With that, the drumming here is solid by Grant Brooks, who may not be a name many may know, but he does a great job throughout the release with his skills, and is a solid drummer. “What Hell Is Like” may be my least favorite song on the album, with a mix trying to be really heavy while keeping the radio friendly sound. Part of the vocals start into a deep, grovel attempt, which is the kind of metal I don’t enjoy, which is almost a bad attempt at Pantera. I’m not a fan of the singer trying to be Cookie Monster, but the musicianship is still artistic on the song, regardless of the vocals.

“Omen” and “The Worst Is Yet To Come” are alright overall musically but may have been done without a total of twelve songs. These two would be alright if left off the release; they are not bad but are more of the same as the other tracks, which could run a little thin for someone like me, who likes more melodic, radio-friendly music on the songs. “The Vulture Club” describes people who use others for their gains, and has a more punk influence on the verses at first, before going back into the angry, groveling vocals which I mentioned I am not a fan of with the earlier “What Hell Is Like.” Musically, the song is one of the heavier ones on the CD, and it does fit well at the end of the album, giving the listener a strong rock ending, as opposed to putting a ballad or mid-tempo track on it.

The overall CD is solid with strong rock sounds mixed with a bit of the industrial sounds from the 2000s. Some of the songs have Jericho‘s vocals tucked in nicely with the songs, and some have more effects on them which at times has a touch of Ozzy and Rob Zombie. I am not saying that Chris Jericho should be held in comparison to these two, but I will say he does a solid job with his talents. With the songs all under (or around) the four minute mark, which something I like in songs because there are no filler parts or extended chorus repeats that should fade out sooner. Boombox hits the right notes for someone like me who hasn’t listened to band in many years. Jericho‘s vocals will be an acquired taste, just like his work in wrestling, but I can honestly say that I enjoy his singing, along with the rest of the band’s musical skills, more than his current work in AEW wrestling. I would be alright if Jericho decided to make rock his full-time gig permanently.

Reviewed by Lance Lumley for Sleaze Roxx, May 2022