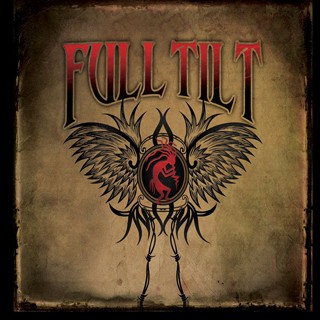 Review:
One of the perks of running this website is the vast amount of new music from virtually unknown groups that comes across my desk. I still get excited when a new Ratt or Whitesnake album comes out, but bands like that have a lot of baggage to live up too, so it’s refreshing to listen without any expectations or preconceived notions. Of course a lot of the new music I hear is average, or even complete garbage, but every so often a gem comes my way — Columbus, Ohio’s Full Tilt fall into the latter category.

What makes Full Tilt so special is singer Devan Stokosa, who uses his classic soaring voice without half-assing anything — it’s almost as if his life depends on giving a great performance. The singer even manages to take a forgettable song like “Broken” and make it work, something not everyone is capable of. Of course having exceptional pipes means nothing if you can’t write a memorable song, and thankfully Full Tilt have several of those up their sleeves as well.

“Dancing With The Devil” kicks off with a downright nasty guitar riff and a banshee wail, which sets things up perfectly for the exploding chorus. Guitarist Nick Mucci displays his chops on “Set It Free” — it’s as if he and Stokosa are battling for supremacy with neither giving an inch and resulting in a heavyweight battle of epic proportions. But those songs don’t represent Full Tilt at their best — that distinction is reserved for “Beautiful Mask”, a song that Lynch Mob could have written in their prime, and the heavy and gritty “I’ll Sleep When I’m Dead”.

Full Tilt have made a hell of a debut album here, and it seems like a bit of a waste that they also perform as a covers band because their originals should take center stage. Stokosa reminds me of a young Oni Logan with his natural and soulful ’70s inspired voice — and even though this album is heavier than your typical AOR fare you can easily picture him getting recruited by a big name band from that genre… his voice is that powerful. And even though I’ve praised his vocal delivery in this review the remaining members of Full Tilt are no slouches either. In fact the group works so well together that I can’t wait for more from them — it is young hungry artists such as this that make listening to new music so damn fun.