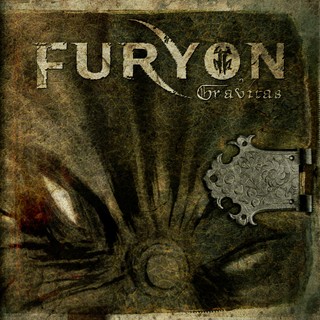 Review:
Furyon are one of the best new bands I have heard in a long time, and one of the few modern day artists that truly could stand with any band in my CD collection.

Heavy as hell and chugging their way through your speakers like Juggernaut after Spider-Man, as I listen to Furyon I’m trying to place the sound. I tried to recognize, via the aural assault, who influenced these guys, but the truth is I couldn’t do it. This is the first band in a long, long time that presents itself as fully encased in a sound all their own.

On Gravitas you are slammed head first into a churning hurricane of hard rock anthems. This CD is a non-stop, full-on, melt your speakers, heavy metal roller coaster ride that includes both new and classic sounding heavy metal hits. Gravitas is both progressive, yet accessible — headbanging, yet commercial enough to catapult them to rock God status. The production on the recording is far superior to many of their peers and the bass, drums, and vocals are a highly polished machine that propels the guitar sound to dizzying new levels — the guitar leads are insane. This is one heavy metal album that you do not want to end.

Hits like “Disappear Again”, Voodoo Me”, “Don’t Follow”, and the epic “Fear Alone” are some of the tracks that have filled my car since I got this music. “Souvenirs”, “Stand Like Stone”, and “New Way Of Living” are solid well-crafted tunes that I could picture being included on a movie soundtrack, but my personal favorite is “Wasted On You” — although every song here is a hit and worthy of selling out stadiums worldwide. The only negative on this release would be the addition of the acoustic bonus tracks. I think they are great songs and redone very well, I just wish I had some more scorchers like “Wasted On You”. Maybe Furyon could cover a Dio song — yeah that’s right I said Dio, this band can handle it as they are that good.

Look for these UK rockers to break into the mainstream real soon — and when they do get yourself a ticket because if the live show is anything like this disc they will be unstoppable.